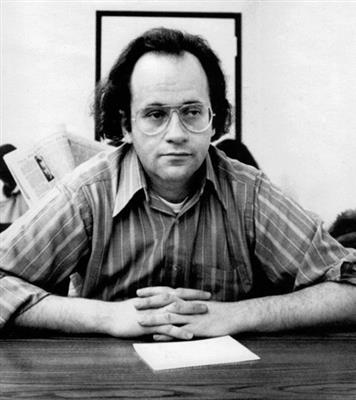 Robert Barry (born March 9, 1936 in the Bronx, New York) is an American artist. Since 1967, Barry has produced non-material works of art, installations, and performance art using a variety of otherwise invisible media. In 1968, Robert Barry is quoted as saying "Nothing seems to me the most potent thing in the world."

Barry was born and grew up in The Bronx. A graduate of Hunter College, he studied there under artists William Baziotes and Robert Motherwell, later joining the college's faculty. Barry moved to Teaneck, New Jersey in 1974, with his wife and two sons.

Barry's work focuses on escaping the previously known physical limits of the art object in order to express the unknown or unperceived. Consequently, Barry has explored a number of different avenues toward defining the usually unseen space around objects, rather than producing the objects themselves.

Major nonvisible works from his early period include Carrier Wave, in which Barry used the carrier waves of a radio station for a prescribed length of time "not as a means of transmitting information, but rather as an object.", Radiation Piece, and Inert Gas Piece, in which Barry opened various containers of inert gases in different settings before groups of spectators, such as a canister of helium released in a desert.

When asked about his piece for exhibition "Prospect '69," his response was "The piece consists of the ideas that people will have from reading this interview... The piece in its entirety is unknowable because it exists in the mind of so many people. Each person can really know that part which is in his own mind."

He is represented in Paris and New York by Yvon Lambert Gallery.