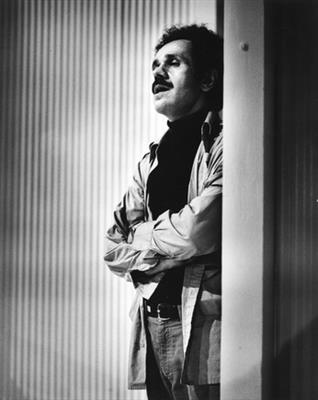 Sia (Siavash) Armajani (born 1939) is an Iranian-born American sculptor and architect known for his public art.

Siavash Armajani was born in 1939 in Tehran. In 1960, Armajani immigrated to the United States to attend college, as he had family living in the US.

Siah Armajani designed the Olympic Torch presiding over the 1996 Summer Olympics in Atlanta, Georgia, United States. He has worked on other projects such as the New York Staten Island tower and bridge, the Round Gazebo in Nice, France, and the Irene Hixon Whitney Bridge in Minneapolis, Minnesota, United States.

His 2005 work, Fallujah, is a modern take on Picasso's Guernica but has been censored in the U.S. due to its critical view of the war in Iraq.

In 2010, he won a Knight Fellow award granted by United States Artists.

An exhibition at Muelensteen Gallery in 2011 presented a dozen of Armajani's early pieces created in the years leading up to his arrival in America. Many employ ink or watercolor on cloth or paper, and incorporate text. In his "Shirt" (1958), Armajani uses pencil and ink to completely cover his father's shirt in Persian script.

Several of his works are held by the Minneapolis Institute of Art.