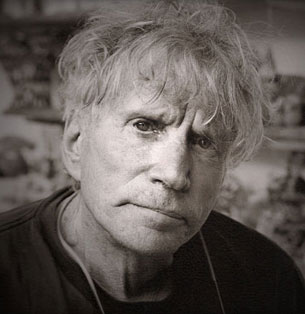 Oppenheim's parents were Russian immigrants and his father was Jewish. Oppenheim was born in Electric City, Washington, while his father was working on the Grand Coulee Dam. Soon after, his family returned to their home in the San Francisco Bay area.

In 1964, he earned a Bachelor of Fine Arts degree from the California College of Arts and Crafts in Oakland, California, and an MFA from Stanford University in Palo Alto, California, in 1965.

He moved to New York in 1966 where he first taught art at nursery school and then high school art while working toward his first one-person exhibition in New York, held in 1968 when he was 30 years old. He lived and worked in New York City until his death from liver cancer on January 21, 2011, aged 72.

Coming out of the conceptual art movement, Oppenheim's early work was associated both with performance/body art and the early earthworks/land art movement. From 1966 to 1968, Oppenheim's ephemeral earthworks included shapes cut in ice/snow, such as "Annual Rings" (1968), a series of rings carved in the snow on the U.S.A./Canada border, and "Gallery Transplant" (1969), in which he cut the outline of a gallery in the snow, patterns cut in wheat fields with combine harvesters, and giant overlapping fingerprints representing the artist and his son Eric sprawled across several acres of a spoils field in Lewiston, New York. He was included with Michael Heizer, Robert Smithson and Robert Morris in the important 1968 Earthworks show at the Dwan Gallery in New York.

Also in 1968, Oppenheim became friends with Vito Acconci and he began producing body art, such as "Reading Position for Second Degree Burn" (1970), for which he lay in the sun for five hours with an open book on his chest. In the early 1970s, he was in the vanguard of artists using film and video in relation to performance.

In the early 1980s, he began his "machine pieces", complex, space-filling devices, and after the mid-1980s, he worked on the "transformation of everyday objects in art". From the mid-1990s, he created a number of large-scale public art pieces in major cities around the world, some of which proved controversial.

He received fellowships from the Guggenheim Foundation and the National Endowment for the Arts. He was included in both the Venice Biennale and the Johannesburg Biennale in 1997. In 2007, he was recognized for Lifetime Achievement at the Vancouver Sculpture Biennale.