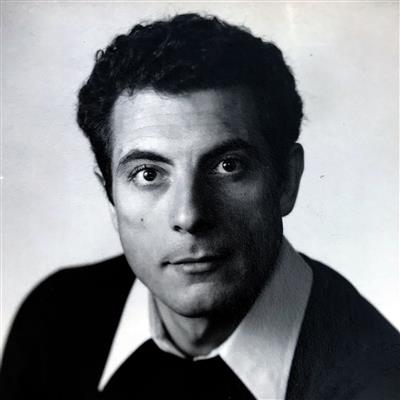 Born in Shiraz, Iran in 1947, Mehram began his training with the renowned contemporary Iranian painter, Petgar.
In 1969, Mehram came to the United States and continued his education at the University of San Francisco, Lone Mountain College, and the Academy of Art. He received a bachelor’s of art degree from USF in 1976. Mehram is best known for his paintings in pastel.
Mehram’s first public exhibit of paintings and drawings was held at USF in 1974. Since then his work has also been shown at the Richmond Art Center, Richmond Rental Gallery, The Quest of Sausalito Gallery, and D. Genaro Galleries in San Mateo. His most recent exhibit, at the sixth Annual International Open Exhibition of the Pastel Society of the West Coast, was held at the Sacramento Fine Arts Center in Carmichael and the Kaiser Center in Oakland.

The following describes my philosophy regarding the creation of a portrait:
It is an activity similar to meditation; my passage way into the sublime.
There are two parts to this process:
The transformative (self serving) and the meditative (The collective purpose)

A portrait releases me from the bondage of myself. My idiosyncratic sensibilities as determinants of my personality are replaced by those belonging to the person I paint a portrait of, and recreate. This necessary transformation takes me out of the way and allows the unique characteristics of the subject to be manifested in the portrait. and, this very self-omitting approach gives me the gift of opportunity to rise to the states of the other (become them, if you will) and through the physical substance of the medium of the painting translate them into part a visual object and part their dimension of spirit, thus producing a portrait.

The outcome is successful in such presentation when the viewer encounters the subject emotionally first, before noticing the painting itself.

So far the benefit of the painting concerns my personal interest in freeing myself from the sense of who and what I am through the explorative journey made in discovering and becoming another, arriving at the destination, the portrait.

The second part involves the practice of applying our human virtues in the production of the piece. They are, for example, the acts of courage; generosity; curiosity; patience and perseverance; democracy; finding the truth in beauty; finding beauty in truth, and a host of other virtues that would be discovered by exploring the subjects' gifts and personal traits. As elusive and subtle as they may be to the viewer, they are the most valuable aspects of the painting in the realm of the substance and mystery. The quality of this meditative execution is proportionally related to the degree I practice the application of such virtues in the work--not unlike a religious practitioner who keeps the ten-commandments as his guiding lights. Beyond the realism of the person's features in the "portrait", these universal reservoirs of positive acts emanate from the work--outside the prejudice of the familiar image-- creating a permanent watershed of nourishing energies of virtue. Familiar to our collective unconscious, the viewer would feel themselves present in the living company of the person in the portrait.