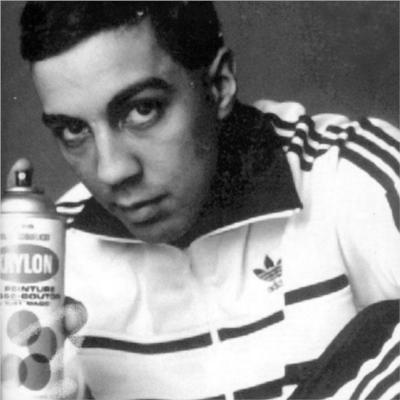 He started to paint illegally on New York City's subway in the early 1970s, working with other artists such as ALI. In the early 1980s he showed with Patti Astor at the Fun Gallery, along with Keith Haring, Jean-Michel Basquiat, Richard Hambleton and Kenny Scharf.

One of the most distinctive features of Futura's work is his abstract approach to graffiti art. While the primary focus, during the 1980s, of the majority of graffiti artists was lettering, Futura pioneered abstract street art, which has since become more popular. Conversely, his aerosol strokes are regarded as different from those of his peers, as they are as thin as the fine lines usually associated with the use of an airbrush.

While he is primarily known as a graffiti artist, much of his work is as an illustrator and graphic designer of album covers, first becoming involved with The Clash; producing a sleeve for their "This Is Radio Clash" 7" single and handwriting the sleeve notes and lyrics sheet for their album Combat Rock (1982). He also toured extensively with The Clash during the Combat Rock tours, "performing" with them on stage by spray painting backdrops whilst the band performed.

Years later James Lavelle resurrected Futura's career by getting him, alongside Ben Drury, to produce the artwork for several releases on Mo' Wax records; this also led to Futura producing the imagery which has largely defined Lavelle's Unkle project.

During the 1990s he was involved with clothing companies such as GFS, Subware and Project Dragon. More recently much of Futura's artwork has evolved into the production of collectible toys, sneakers; and a diverse range of creative media, working with Recon, Nike, The North Face, Medicom Toy, Undercover, Supreme, Levi's and A Bathing Ape.

Futura also designs his own clothing under the label Futura Laboratories with a store located in Fukuoka, Japan.

His 2012 exhibition Future-Shock was curated by Nemo Librizzi and shown by Andy Valmorbida in New York City. Past galleries who have organized one man exhibitions include Fun Gallery, Tony Shafrazi Gallery, Philippe Briet Gallery, Galerie du Jour Agnès B., and Galerie Jérôme de Noirmont. Museum exhibitions include New York / New Wave at PS1 (1981), Coming from the Subway at Groninger Museum (1992), Beautiful Losers (2004) and Art in the Streets at Museum of Contemporary Art, Los Angeles (2011).

Futura's work is held in the following permanent public collections: