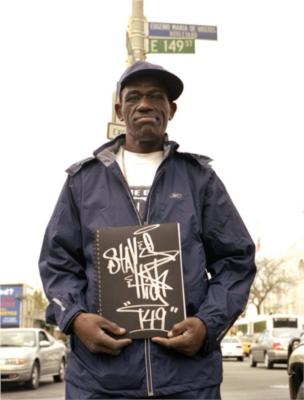 Roberts was born in Emporia, Virginia, moving to the Bronx, New York at age six. He was called a "superstar" of the graffiti world in the late 1970s. Widely considered to use one of the most famous graffiti tags in the world, his trademark includes a smoking version of the stick figure from 1960s British television program The Saint.

Roberts was featured in the 2004 documentary Just to Get a Rep by Peter Gerard.

Roberts died on June 11, 2012 from a liver disease at a medical center in The Bronx, New York. He is survived by his sister Pauline Noble.