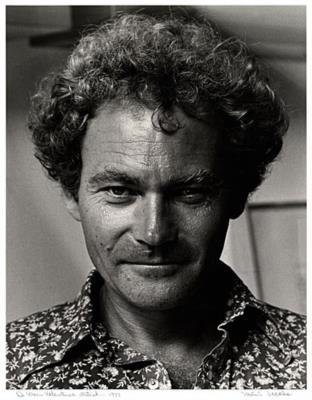 Valentine worked in boat shops and began to make art pieces from plastic, which he tried unsuccessfully to show in New York. Attracted by the work of artists such as Larry Bell, Craig Kauffman, and Kenneth Price, which he learned about by reading the magazine Artforum, Valentine moved to Los Angeles in 1965 and had his first solo show at Ace Gallery in 1968.

Influenced by the seascapes and skies of Southern California, Valentine was an early pioneer of using industrial plastics and resin to produce monumental sculptures that reflect and distort the light and space that surround them. For Valentine, a smooth surface was the whole point of the work and he did not want it to look old. While he was teaching a course in plastics technology at UCLA in 1965, he wanted to produce a polyester resin in large volumes that would not crack from curing. He began working with a chemical engineer from PPG Industries Ed Revay, and eventually they discovered the Valentine MasKast Resin in 1966. The highly stable resin allowed him and other artists to go far beyond the 50-pound limit to which they had once been restricted. In 1989, Valentine designed the Governor's Awards for the Arts, presented by the California Arts Council to artists, arts patrons and community leaders.

In 1980, Valentine received a fellowship by the John Simon Guggenheim Memorial Foundation.