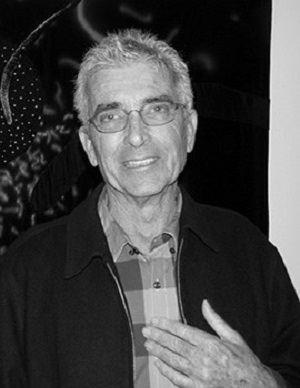 Peter Alexander (born 27 February 1939) is an American artist who was part of the Light and Space artistic movement in southern California in the 1960s and is best known for his resin sculptures from the 1960s and 1970s.

After initially working as an architect, he rose to prominence in the 1960s with translucent resin sculptures. He has also produced paintings, including a series that depicts luminous aerial views of the city lights stretching across the Los Angeles basin. He also was commissioned to paint a large mural for the Walt Disney Concert Hall in Los Angeles.

His art has appeared in the films Erin Brockovich, Terminator 3 and Shopgirl.

He was a longtime friend of Christopher Isherwood. A portrait of Alexander by Isherwood's former lover Don Bachardy has been displayed at the Laguna Art Museum.

In October 2011, Craig Krull Gallery exhibited a survey of Alexander's work, including paintings and sculptures from 1970 - 2009 in conjunction with Pacific Standard Time. Alexander will be exhibited in Pacific Standard Time museum shows as well, including "Civic Virtue: The Impact of the Los Angeles Municipal Art Gallery and the Watts Towers Arts Center", organized by the Los Angeles Department of Cultural Affairs, "Phenomenal: California Light and Space" at the Museum of Contemporary Art San Diego, and "Pacific Standard Time: Crosscurrents in L.A. Paintings and Sculpture 1945-1970" at the J. Paul Getty Museum.

In 1980 he was awarded a fellowship from the National Endowment for the Arts.

He lives in Santa Monica, California. He has been married twice, with two grown-up daughters from his first marriage and a son from his second to artist, Claudia Parducci.