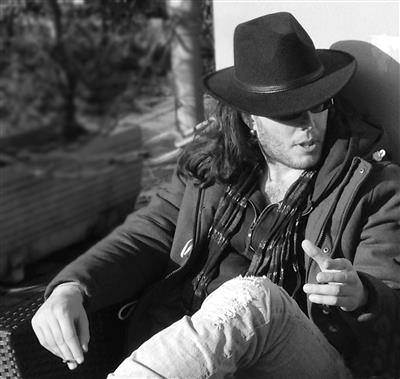 Recognizable for the peculiar style of ''white skies'', his painting has always been focused on natural space and the human figure. Basically his subjects, although inspired by external reality, have consistently maintained a partially idealized and rarefied configuration, characteristics motivated by a deep conceptuality. «It's the result of a remarkable evolution of his research in the direction of a radical will to essentialize, or if you want to sublimate, the figurative language. That is, a progressive awareness of the importance of elaborating his compositions not only as representations inspired by external reality but also, above all, as an expression that emerges directly from the constituent elements of painting, that is to say, the delicate and complex primary interrelation between the two-dimensional physical space of the support and the modalities of the colouring» (from the text ''Daniele Bongiovanni. Con Pura Forma'' by Francesco Poli, 2019).

Bongiovanni, an artist working between Italy and the United States, over the years has realized several thematic cycles which he has presented, in solo and group exhibitions as well as in special projects, in cultural institutions, galleries and museums of major Italian and foreign cities; overseas but also in Ireland, New Zealand, Switzerland, the United Kingdom and elsewhere. He exhibited also in numerous international contemporary art events, one of which is the Venice Biennale.

Bongiovanni, internationally, has collaborated on projects and research programs of numerous academic institutions, including: DCU - Dublin City University (2015); University of Sussex, Brighton (2015); King's College London (2019); Queen Mary University of London (2019, 2020); Royal College of Art, London (2020); AUT - Auckland University of Technology (2021); Liverpool John Moores University (2021); UNESP - São Paulo State University (2021); University of Huddersfield, West Yorkshire (2021). He is Professor of Artistic Anatomy at the Academy of Fine Arts of Macerata, Italy, and Member of the Board of Directors of the US research organization IVLA - International Visual Literacy Association. There are also many monographs dedicated to him, among the publishers: Edizioni Effigi and Silvana Editoriale.