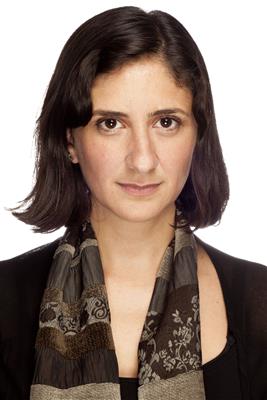 Bahia Shehab is associate professor of design and founder of the graphic design program at The American University in Cairo where she has developed a full design curriculum mainly focused on the visual culture of the Arab world. She has taught over fourteen courses on the topic. She frequently lectures internationally on Arab visual culture and design, design education and curriculum development, Islamic cultural heritage and her art practice.

Bahia Shehab (1977) is a multidisciplinary artist, designer, historian, creative director, educator and activist based in Cairo, Egypt. Her work is concerned with identity and preserving cultural heritage. Through investigating Islamic art history she reinterprets contemporary Arab politics, feminist discourse and social issues. Through her culturally oriented work, she is concerned with using history as a means to better understand the present and find solutions for the future. Bahia is interested in the ways in which art may be employed for the purposes of social change and has explored this phenomenon through her artwork, which draws upon such socially charged themes as Arab identity and women’s rights. Her research is largely concerned with understanding the Arabic letter and has been preoccupied with Arabic calligraphy in much of her work. By imbuing traditional Arabic and Islamic scripts with political messages in her artwork, she has managed to portray how art can be used to understand societal situations and convey them to a larger audience. Bahia claimed an active role in the Egyptian revolution that swept across Egypt in 2011 by spraying her artwork upon the walls in Cairo. Her work has been displayed in exhibitions around the world and she has received several awards for her achievements.


Academia: The Graphic Design Program at the AUC


In 2011, Bahia established the Graphic Design program at the Department of the Arts in the School of Humanities and Social Sciences at the AUC. The major’s design curriculum revolves around the visual culture of the Arab world and students are encouraged to present a keen awareness of Arab visual culture as they work on various design projects. Bahia encourages her students to make use of their interests while developing their work and emphasizes the need to use design to solve problems.


In 2015, the first graduating graphic design class presented their graduation projects in the Sharjah Art Gallery at the AUC. Their projects were concerned with rebranding public institutions, human rights, social issues, cultural heritage, political reflections and personal expression. Students employed all forms of design in their projects to communicate their messages in their relevant medium. Since then, the number of students studying in the Graphic Design program has dramatically increased.


Bahia has taught over fifteen courses on graphic design, including theoretical courses on the history of Arab graphic design, history of Arabic calligraphy and history of advertising in the Arab world. Her courses also include practical ones on Arabic typography, introduction to design, logo and corporate identity, packaging, retail design, illustration and advertising and branding. She has also served as senior thesis advisor for graduating classes. She has been teaching at AUC since Fall of 2010.

Bahia’s educational achievements have not only been limited to university coursework. She has also participated in developing MOOCs (Massive Open Online Courses) for Queen Rania Foundations’ educational platform Edraak where over 50,000 students have registered todate. In Fall 2015 and Spring 2017, the course “Introduction to Graphic Design,” was offered to Edraak students. Another one of her courses, “Introduction to Arabic Type Design,” is yet to be offered in 2019.