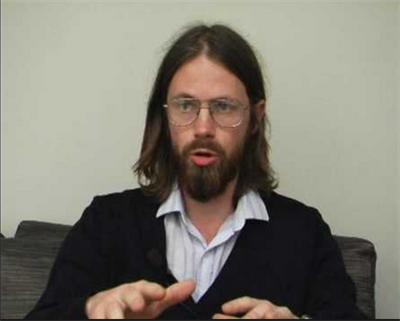 Since 2008 Benoît Maire has started writing a manual of aesthetics where images, objects and writing take form to bring forth some of contemporary aesthetics' main issues. Starting from the differend (insurmountable conflict) between saying and seeing, Benoît Maire works in an in-between where art and philosophy merge into a practical use where forms spread out and surpass one another. Neither philosophy, nor art, the Aesthetics of differends looks to corrupt classical formats by the experimental use of theory. Born in 1978 in Pessac, Benoît Maire, who is a graduate of the Villa Arson, Nice and of the Sorbonne, Paris 1, did a post-diplôme at the Palais de Tokyo, Paris. Recents solo exhibitions included spiaggia di menzogne, Fondazione Giuliani, Roma, Weapon, David Roberts Art Fondation, London, 2013, History of Geometry, Walden Affairs Den Haage, History of Geometry, Halle Für Kunst, Luneburg, The Object of Criticism, De Vleeshal, Midelburg, Soon the metal between us will turn into gold, Kunsthalle Mulhouse, 2011. He directed a full-length film, Repetition Island, presented at Tate Modern, in London and at the Centre Pompidou, in Paris. Recents publications include History of Geometry, Archive Books, The Object of Criticism, Roma Publication and Benoît Maire, Drawing Room Confession.

Benoît Maire (born 22 October 1978 in Pessac) is a French visual artist who works in film, sculpture, painting, photography, collage, and performance art. He is known for treating theory as an art form in its own right.

Benoît Maire studied visual art and philosophy at Michel de Montaigne University Bordeaux 3, at the Villa Arson in Nice, and at the Sorbonne where he began doctoral studies in philosophy, which he subsequently abandoned in 2006. He also did graduate work at Le Pavillon, Palais de Tokyo in Paris.

Maire’s work is included in public collections such as: