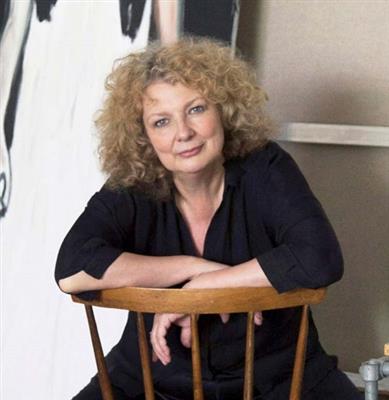 
Marlene Dumas (born 3 September 1953) is a South African artist and painter currently based in the Netherlands.


Dumas was born in 1953 in Cape Town, South Africa and grew up in Kuils River in the Western Cape, where her father had a vineyard. Dumas began painting in 1973 and showed her political concerns and reflections on her identity as a white woman of Afrikaans descent in South Africa. She studied art at the University of Cape Town from 1972 to 1975, and then at Ateliers '63 in Haarlem, which is now located in Amsterdam. She studied psychology at the University of Amsterdam in 1979 and 1980. She currently lives and works in the Netherlands and is one of the country's most prolific artists. She is also widely regarded as one of the most influential painters working today.


Dumas paintings are seen as portraits but they do not represent people but an emotional state that one could be in. Her art focuses on more serious issues and themes such as sexuality and race, guilt and innocence, violence and tenderness. Dumas style is more older Romanticism tradition. She uses loose brushstrokes to add distortion but also great detail to her art. Dumas likes to use a wet-on-wet technique, that combines thin layers of paint with thick ones. Her media of choice is oil on canvas and ink on paper. Her subjects range from new born babies, models, strippers, and many figures from popular culture.


The sale of Dumas's Jule-die Vrou (1985), positioned Dumas as one of three living female artists to trade for over $1 million.