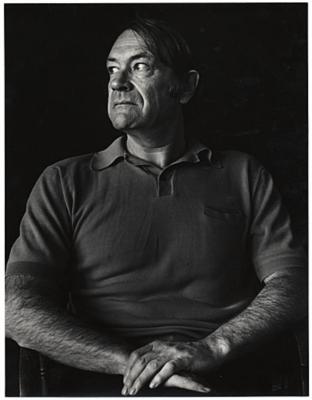 In 1959 Lobdell was invited to participate in weekly figure drawing sessions with Elmer Bischoff, Richard Diebenkorn, and David Park, and after Park’s death, Lobdell became a regular member of the group. Although that circle broke up around 1965, Lobdell resumed his weekly drawing sessions in Palo Alto, where Nathan Oliveira, Keith Boyle, Jim Johnson, and other Stanford instructors joined him. In working from the figure, creating drawings in wash, ink, and occasionally graphite or gouache, Lobdell focused on shapes formed by light and shadow. Aspects of these figures—in a kind of abstracted shorthand—reemerge in the artist’s paintings, drawings, and prints.

In 1960, Lobdell was awarded the Nealie Sullivan Award by the San Francisco Art Association. Subsequent honors include a Pew Foundation Grant (1986); Medal for Distinguished Achievement in Painting from the American Academy and Institute of Arts and Letters (1988); and Academy Purchase Awards in 1992 and 1994. In 1998 he was elected to the National Academy of Design.

Exhibiting internationally as early as 1951, Lobdell’s work was included in exhibitions at the Petit Palais, Paris, the Third Biennial of São Paulo, the Osaka International Festival, Japan, as well as venues in London, Turin, and Eindhoven, including early solo exhibitions in Paris and Geneva. He showed regularly in solo and group exhibitions in New York, Los Angeles, and San Francisco throughout the 1950s and 1960s, including at the Walker Art Center (1960); The Whitney Museum of American Art (1962); and the Solomon R. Guggenheim Museum, New York (1964). Solo museum exhibitions include San Francisco’s M. H. de Young Memorial Museum (1960, 1992); a major retrospective exhibition, “Paintings and Graphics from 1948 to 1965,” at the Pasadena Art Museum and Stanford University Art Museum (1966); “Frank Lobdell: Works, 1947-1992,” Stanford University Art Museum (1993); California Palace of the Legion of Honor, Fine Arts Museums of San Francisco, "Frank Lobdell: The Art of Making and Meaning" (2003); Portland Art Museum, Oregon, "Frank Lobdell: Making and Meaning" (2004), and others.