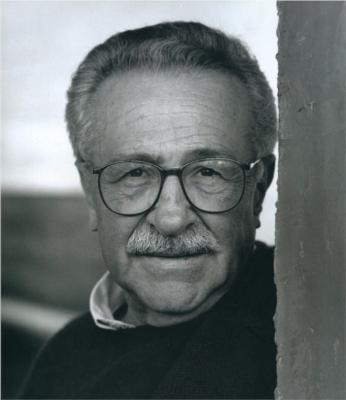 Nathan Oliveira (December 19, 1928 – November 13, 2010) was an American painter, printmaker, and sculptor, born in Oakland, California to immigrant Portuguese parents. Since the late 1950s, Oliveira has been the subject of nearly one hundred solo exhibitions, in addition to having been included in hundreds of group exhibitions in important museums and galleries worldwide. He taught Studio Art for several decades in California beginning in the early 1950s when he taught at the California College of Arts and Crafts (now California College of the Arts) in Oakland. Then, after serving as a Visiting Artist at several universities, he became a Professor of Studio Art at Stanford University.

In 1999. Nathan Oliveira was awarded the Distinguished Degree of "Commander" in "The Order of the Infante D. Henrique," awarded by the President of Portugal and the Portuguese government, for his artistic and cultural achievements.

In 2002, "The Art of Nathan Oliveira," a major traveling retrospective of Oliveira's work organized by the San Jose Museum of Art and guest curated by Peter Selz opened. The exhibition was accompanied by a monograph, "Nathan Oliveira," by Peter Selz with an Introduction by Susan Landauer and an essay by Joann Moser, published by the University of California Press.

Oliveira arrived in San Francisco after World War II and graduated from San Francisco's George Washington High School. He studied at the California College of Arts and Crafts in Oakland, where he earned a BFA in 1951 and an MFA in 1952. While attending CCAC he took an eight-week summer course in painting at Mills College taught by the German Expressionist Max Beckmann. After graduation Oliveira taught art at several colleges, including the California College of the Arts, The California School of Fine Arts (now The San Francisco Art Institute), the University of Chicago, UCLA and Stanford University.

During his Stanford years Oliveira held summer positions as a visiting artist in Colorado and Hawaii. He also served as a member of the Honorary Board of Humane Society Silicon Valley in Milpitas, California from 2007 until his death in 2010.

Although Oliveira is often associated with the Bay Area Figurative Movement he was aesthetically independent and felt that his paintings had been strongly influenced by Willem de Kooning, Alberto Giacometti and Francis Bacon. Prior to and during his years in art college, he viewed and was influenced by retrospectives of the European Expressionist masters Oskar Kokoschka, Edvard Munch, and Max Beckmann at the M.H. de Young Memorial Museum. He once stated: "I'm not part of the avant-garde. I'm part of the garde that comes afterward, assimilates, consolidates, refines."

Oliveira established an early reputation for his depictions of isolated figures painted in an improvisational style. Over time his subjects and style varied tremendously as he created images of animals, birds of prey, human heads, masks, nudes and still lifes of fetish objects. Oliveira also developed a series of "sites" that told the story of an invented culture with shamanic characteristics. Most of the artist's paintings are either vividly colored but somber human figures or abstract expressionist works that vaguely resemble seascapes. Sea from 1959, in the collection of the Honolulu Museum of Art, is an example of these almost abstract seascapes.