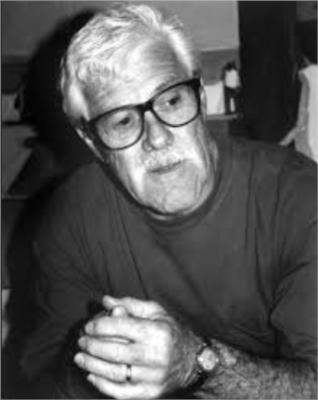 Henry Pierre Villierme (August 21, 1928 – March 13, 2013) was an American painter associated with abstract expressionism and the Bay Area Figurative Movement. Villierme was considered one of the "Second Generation" members of the Bay Area Figurative Movement. Villierme first rose to prominence with a series of successful exhibitions in the late 1950s. From the 1960s to the 1980s Villierme continued to paint and sculpt in his studio, and in the late 1980s returned to public exhibitions.

Henry Villierme was born in San Francisco in 1928. He was raised by family in Tahiti, French Polynesia, and returned to the Bay Area for his education in 1939. Villierme served in the United States Army in the Korean War. Upon returning to the United States and discharge from the Army, he enrolled in the California College of Arts and Crafts under the GI Bill.

Villierme credited his initial interest in art to "working in a paint store and working out interior color schemes". He also credited his time in the Far East, where he was excited by the look of Japan, as well as "the concern for art values" that was part of the Japanese people's way of life."

At the California College of Arts and Crafts Villierme studied under David Park, Harry Krell, Elmer Bischoff, and Richard Diebenkorn. Outside of the Bay Area Figurative School, one of his early influences at CCAC was Japanese American abstractionist and abstract calligrapher Saburo Hasegawa. Villierme graduated from CCAC with a Bachelor's Degree in Painting. Villierme also took several courses at the California School of Fine Arts, where his peers included Robert Downs, Manuel Neri, and Bruce McGaw.

Villierme's work is typically realistic, and his most frequent subjects are great rolling landscapes typical of California's Central Valley. He is also known for his portraits and still lifes, which are generally done on smaller, one-square-foot canvases. He worked from sketches he made on the spot, which he put aside for a month or more before he painted from them. His approach is often considered pointillist and cubist. In 1992, Richard Diebenkorn said of Villierme, "(Villierme's) painting had, and still has, instinctual understanding of that universal human activity in which colors are applied to a surface."

Villierme was invited to display in "The Next Direction", an exhibition sponsored by the Oakland Art Museum and which also featured works by McGaw, Park, Bischoff, and Diebenkorn. He later went on to win a prize aware at the Los Angeles County Museum 1958 Annual Exhibition – Artists of Los Angeles and Vicinity, for his piece "Landscape". Villierme's works were also featured in exhibitions at the M.H. de Young Memorial Museum and the San Francisco Museum of Art.