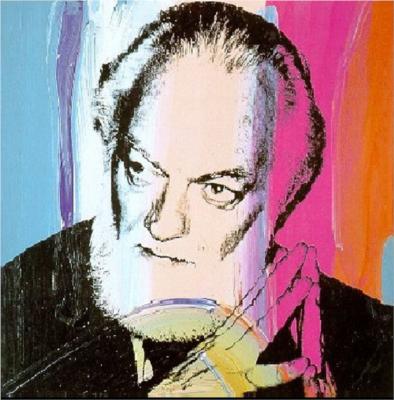 William Paul Jenkins (known as Paul Jenkins) was born in 1923 in Kansas City, Missouri, where he was raised. He met Frank Lloyd Wright who was commissioned by the artist's great-uncle, the Rev. Burris Jenkins (whose own motto was to "live dangerously") to rebuild his church in Kansas City, Missouri after a fire. (Wright suggested that Jenkins should think about a career in agriculture rather than art.) The young Jenkins also visited Thomas Hart Benton and confided his intention to become a painter. The Eastern art collection of the Nelson-Atkins Museum (then, the William Rockhill Nelson Art Gallery) had an early influence on him.

In his teenage years, Jenkins moved to Struthers, Ohio to live with his mother, Nadyne Herrick, and stepfather, who both ran the local newspaper, the Hometown Journal (then the Struthers Journal). After graduating from Struthers High School, he served in the U.S. Maritime Service and entered the U.S. Naval Air Corps during World War II. In 1948, he moved to New York City where, on the G.I. Bill, he studied at the Art Students League of New York with Yasuo Kuniyoshi for four years, and with Morris Kantor. During that time, he met Mark Rothko, Jackson Pollock, Lee Krasner, and Barnett Newman. In 1953, he traveled to Europe, working for three months in Taormina in Sicily before settling in Paris, France. From 1955 on, the artist shared his time between New York and Paris.

In 1953, after studying with Yasuo Kuniyoshi at the Art Students League of New York, Jenkins traveled to Italy and Spain, settling in Paris where his first solo exhibition took place in 1954 at Studio Paul Facchetti on the rue de Lille. Paul Facchetti, with the help of Alfonso Ossorio, held in 1952, an exhibition of the work of Jackson Pollock in his gallery, which was well known for showing works by abstract artists of the time, among others.

Jenkins' first solo exhibition in the US took place in 1954 at the pioneering gallery of Zoe Dusanne in Seattle. His first solo exhibition in New York was held in 1956 at the Martha Jackson Gallery, a leading gallery of the time. The Whitney Museum of American Art in New York purchased the painting "Divining Rod" from this exhibition. In the '50s, Jenkins achieved prominence both in New York and Europe for his early abstractions. At the Gutai exhibition held at the Martha Jackson Gallery in New York in 1958, Jenkins is invited by Jiro Yoshihara to work with Gutai in Osaka; however, Jenkins waited until 1964 to implement this invitation.

From the artist's studio in Paris in 1959, Peggy Guggenheim purchased "Osage," a work on canvas, and continued to later purchase the artist's work.

Jenkins, described as an abstract expressionist, would at times call himself "an abstract phenomenist." His early works were made in oil on primed canvas, as he continued working on paper with ink and with watercolor. In 1959 and 1960, he explored the writings of Goethe and Kant. Influenced by Goethe’s color theories, he began to preface the titles of his works with the word "Phenomena" followed by a key word or phrase. Regarding his paintings, he once said, "I have conversations with them, and they tell me what they want to be called."