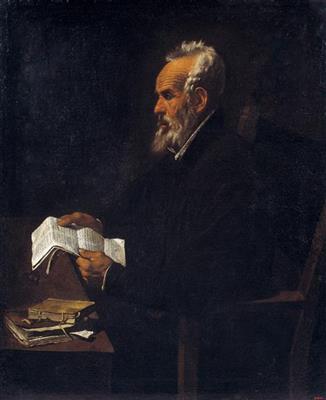 
He was born in Solsona, Lleida. Although his first apprenticeship was apparently with Navarrete, who worked for years in the Escorial, Ribalta's earliest work (a Cruxifixion of 1582) was signed in Madrid. After his years in Madrid, Ribalta was to settle as an artist in Valencia. He became among the first followers in Spain of the austere tenebrist style of Caravaggio. It is unclear if he directly visited either Rome or Naples, where Caravaggio's style had many adherents.


Alternatively, it is likely that tenebrist paintings were available in Spain by the early 17th century through the Spanish rule of the Neapolitan kingdom. Jusepe de Ribera is said to have been one of his pupils, although it is entirely possible that Ribera acquired his tenebrism when he moved to Italy.


The tenebrist style gathered a number of adherents in Spain, and was to influence the pre-eminent Baroque or Golden Age Spanish painters, especially Zurbarán, but also Velázquez and Murillo. Even the art of still life in Spain, the bodegón, was often painted in a similar stark and austere style. Among the direct disciples of Francisco were his son, Juan Ribalta, Antonio Bisquert, and his son-in-law, Vicente Castelló. Ribalta died in Valencia on 12 January 1628.


A park and a monument bears his name along with his son in Castellón de la Plana.