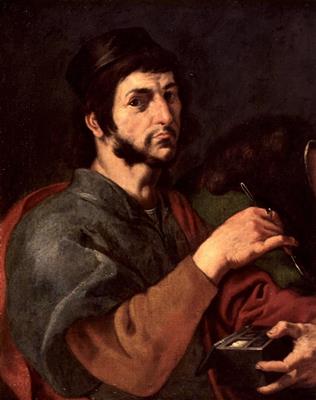 Francisco Herrera (1576–1656) was a distinguished Spanish painter, born in Seville. He was the founder of the Seville school.

Herrera's finest paintings include "The Last Judgment" and a "Holy Family," both in churches at Seville. Others are in the Louvre, Paris. They exhibit boldness of execution with faultless technique. He is known as El viejo, "the elder," to distinguish him from his son Francisco Herrera the Younger, also a noted painter. Among his pupils was Ignacio de Iriarte and a young Diego Velázquez. Among his other works are: