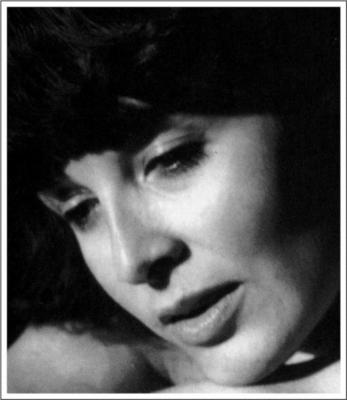 Born on 16 August 1935 in Namur, Belgium, Evelyne Axell (née Devaux) was born into a traditional, middle-class Catholic family. Her father, André Devaux, was a well known craftman in silverware and jewelry in the region and her mother, Mariette Godu, came from a very modest family. At the age of two she was declared "The Province of Namur's most beautiful baby"; her beauty continued to be a defining feature of her adult life. Although the family home and shop in Namur were destroyed by a Royal Air Force bomb in 1940, the young Axell was little affected by World War II. After graduating high school, she studied pottery at the Namur School of Art in 1953. In 1954, she switched to drama school and quickly began a career as an actress.

In 1956, she married Belgian film director Jean Antoine, who specialized in art documentaries for Belgian television. She decided to change her name to Evelyne Axell for the purposes of her acting career, which her husband encouraged. He cast her as an interviewer in Jeunes Artistes de Namur (1957) in which she introduced young avant-garde Belgian painters. After Antoine and Axell's son Philippe was born, Axell worked as a television announcer. Although she gained a fair amount of local celebrity, she found the job trivial. In 1959, she moved to Paris to pursue a more serious acting career. There she performed in a variety of theatrical and televised plays. Eventually she moved back to Belgium to star in several movies, including three directed by her husband (Jardins français, La Nouvelle Eurydice, and Comacina) and one directed by André Cavens (Il y a un train toutes les heures [There's a Train Every Hour]). In 1963, she wrote and starred in the provocative film Le Crocodile en peluche, also directed by her husband. Although the film won first prize at the Alexandria International Film Festival, it would be the last film project Axell and Antoine worked on together.

In 1964, Axell quit her promising acting career to pursue painting. She enlisted Surrealist painter René Magritte, a family friend of Antoine's, to be her artistic mentor. Axell visited with Magritte twice a month for a whole year, during which time he helped her improve her oil painting technique. At the same time, Antoine embarked on a series of documentaries devoted to Pop Art and Nouveau Realisme. Axell went with Antoine to London for filming and met Allen Jones, Peter Phillips, Pauline Boty, Peter Blake, Patrick Caulfield, and Joe Tilson. Inspired by these studio visits, Axell created her own style of Pop art, becoming one of the first Belgian artists to experiment within this avant-garde idiom. Although Belgian collectors were interested in her work, private galleries were resistant to showing her paintings. At this time she started to use the androgynous name "Axell" professionally, in the hopes that she would be taken seriously as an artist despite her gender, youth, and beauty, not to mention the explicit sexual nature of her work.