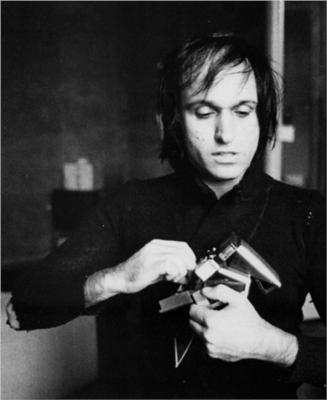 Mario Schifano ( 20 September 1934, Khoms, Libya – 26 January 1998, Rome, Italy ) was an Italian painter and collagist of the Postmodern tradition. He also achieved some renown as a film-maker and rock musician.

He is considered to be one of the most significant and pre-eminent artists of Italian postmodernism. His work was exhibited in the famous 1962 "New Realists" show at the Sidney Janis Gallery with other young Pop art and Nouveau réalisme luminaries, including Andy Warhol and Roy Lichtenstein. He became part of the core group of artists comprising the "Scuola romana" alongside Franco Angeli and Tano Festa. Reputed as a prolific and exuberant artist, he nonetheless struggled with a lifelong drug habit that earned him the label maledetto, or "cursed".

Schifano had a relationship with Marianne Faithfull in 1969.