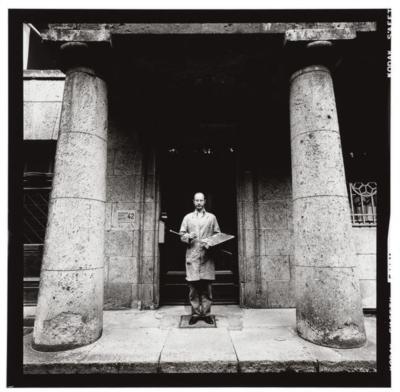 Konrad Klapheck (born February 10, 1935) is a German painter and graphic artist whose style of painting combines features of Surrealism and Pop art.

He was born in Düsseldorf. From 1954–56 he studied painting under Bruno Goller at the Kunstakademie Düsseldorf. Klapheck's works of the mid-1950s are in a magic realist style that became more idiosyncratic when he painted the first of his typewriters. His subsequent paintings, often large in scale, are precise and seemingly realistic depictions of technical equipment, machinery and everyday objects, but strangely alienated; they are "monumental, amusingly absurd and sexually suggestive".

Between 1992 and 2002, he has painted friends, colleagues, and celebrities from the international art scene. He became a professor at the Kunstakademie Düsseldorf in 1979.