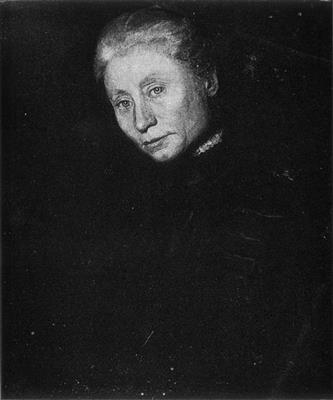 Elizabeth Rebecca Coffin (1850–1930) was an American artist, educator and philanthropist who is known for her paintings of Nantucket, Massachusetts. Well-educated and accomplished, she was one of the "New Women" of the 19th century who explored opportunities not traditionally available to women. She was the first person in the United States to earn a Master of Fine Arts degree and was the first woman admitted to the Hague Academy of Fine Arts. She opened a school in Nantucket that had been only open to men and offered several types of trade and crafts work courses to both genders.


Elizabeth Rebecca Coffin, nicknamed "Lizzie", was born September 9, 1850 in Brooklyn, New York, into a Quaker family. She was the daughter of Andrew G. Coffin and Elizabeth M. Sherwood Coffin. Her father was born on Nantucket, Massachusetts and her mother in New York City.


She was an eighth-generation descendant of the original Nantucket settlers Tristram and Dionis Coffin.


She studied at the Friends Seminary in New York City before attending Vassar College, where she was taught by the Dutch painter Henry Van Ingen. She received her Bachelor of Arts degree there in 1870. In 1872 she enrolled at the Hague Academy of Fine Arts, the first woman to gain admission to this school. Coffin studied at the Hague Academy for three years and received medals for anatomy, composition, perspective and antique drawing. She received her Master of Fine Arts degree from Vassar College in 1876; Coffin was the first person in the United States to have received that degree. Maria Mitchell, a professor of astronomy at Vassar, was Coffin's mentor and lifelong friend.


She later studied at the Art Students League of New York, and the Pennsylvania Academy of the Fine Arts. She also traveled extensively in Europe and California. Coffin was a pupil of Thomas Eakins.


Coffin began to summer regularly on Nantucket, starting in the 1880s, and moved there in 1900.
She painted in the American Realist style. Her paintings preserved the way of life of Nantucket, now no longer a whaling port. Her Hanging the Nets was exhibited in 1892 at the National Academy of Design and won the Norman W. Dodge Prize for the best picture by a woman. She won the Norman W. Dodge Prize at the National Academy again in 1902. She exhibited her work at the Palace of Fine Arts at the 1893 World's Columbian Exposition in Chicago, Illinois.


She was one of the "New Woman" of the 19th century successful, highly trained women artists who did not marry, like Ellen Day Hale, Mary Cassatt, Elizabeth Nourse and Cecilia Beaux. About 1890 Coffin made a self-portrait. Along with Hale and Nourse, these women "created compelling self-portraits in which they fearlessly presented themselves as individuals willing to flout social codes and challenge accepted ideas regarding women's place in society. Indeed, the New Women portraits of the 1880s and 1890s are unforgettable interpretations of energetic, self-confident and accomplished women."


Coffin was a member of the Brooklyn Art Guild and the Art Students League of New York. Her art work has been in the collections of the Vassar College Art Gallery, Frances Lehman Loeb collection, Nantucket Historical Association and The Coffin School.