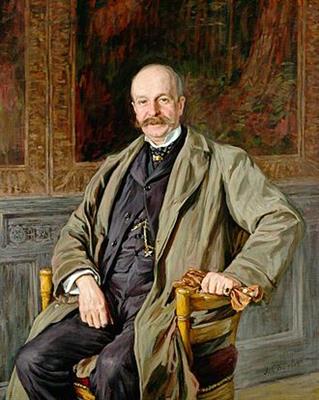 Charles was born in Warrington and after he moved to London he studied art at Heatherley School of Fine Art, before studying further in both London and Paris. In 1875, he started a long association with the Royal Academy, where he exhibited quite regularly until his death.

Charles exhibited at the newly formed New English Art Club; he settled in Chichester, but still travelling to Italy to paint.

Charles died on a trip to Llandyrnog in 1906. Following his death there was a memorial exhibition the following year in Leicester.

Charles has 63 paintings in public collections in the United Kingdom.