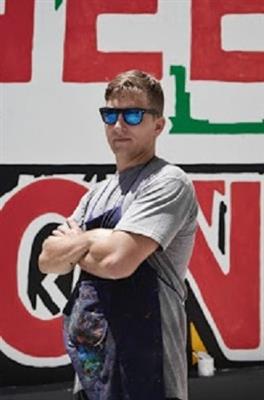 
Cameron Platter was born in Johannesburg, South Africa. He studied at the Michaelis School of Fine Art at the University of Cape Town.


Cameron Platter's interdisciplinary work examines consumption, excess, detritus, discord, and conflict within a fragmented South African identity, and fills the ordinary and marginal with incendiary new meaning. Working from everyday experience with subjects overlooked or considered delinquent, sordid and lowbrow, he reconnoiters notions and concepts on the outside fringes of South Africa's popular culture. Platter's work acts as a locus, documenting a dysfunctional contemporary reality.


His work has been described as "unorthodox", "the delinquent love child of Quentin Tarantino and Dr Seuss" and where "the bizarreness of everyday life comes together in an expression unashamedly unforgiving, yet deeply observant".


His work has been highlighted in The New York Times, The Wall Street Journal, Vice Magazine, The Guardian, NKA Journal of Contemporary African Art, the BBC, Utflukt, Art South Africa, and Artforum.