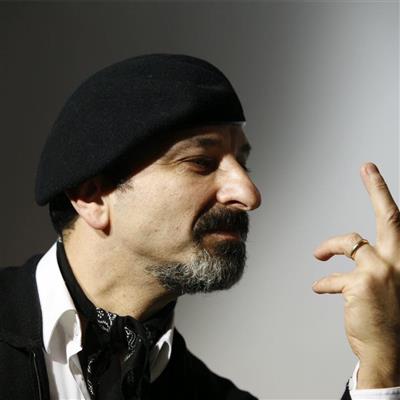 Agim Sulaj, is an Albanian painter, born on 6 September 1960 in Vlora Albania, living in Rimini Italia since 1990 and having Italian citizenship.


After high school, in 1978 Agim Sulaj entered the Tirana Academy des Baux Artes, and completed his studies at the Fine Arts Academy of Tirana in 1985. As a painter, he started working in the political and satirical magazine Hosteni, producing illustrations and caricatures. At the same time, he was developing the skill of hyperrealistic painting. He started to make his own works and he became famous by the Large scale oil paint "The Head of Ali Pasha Tepelena, presented to Sultan Mahmut II" (today the Museum of Ali pasha, Ioannina, Greece). Agim Sulaj won the 2010 edition of the "Cartoonsea" Italian national award for humor and satire, presided the jury in the 'CartoonSea 2011' edition and won second prize in the international competition "Brothers of Italy". His work has been called "a fine, surreal satirical illustration, metaphor for the state of the environment and the failure to protect it".