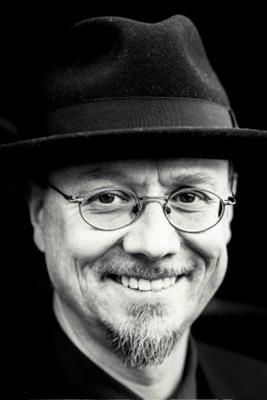 The painter Mark Ryden is one of the prominent representatives of the Lowbrow art movement, which is also called Surrealist Pop. The Lowbrow art movement developed in the late 1970s in the Los Angeles underground scene. It was inspired by different forms of street and popular culture, such as underground comix, cartoons, tiki culture and punk rock. Ryden was born in 1963 in Oregon but was raised in Southern California. In 1987, he graduated from the Art Center College of Design in Pasadena, California and began his career as a commercial artist. In his early career, Ryden found success by creating many iconic album covers for famous musicians such as Michael Jackson’s Dangerous (1991).

Ryden began the transition from commercial to fine art when his work was discovered by artist Robert Williams, who featured Ryden’s painting on the cover of Juxtapoz, a magazine devoted to Lowbrow art. Ryden made his debut as a fine artist in his 1998 solo show “The Meat Show” in Pasadena, California. In his artist statement, Ryden explained his creative process through a story of about a magic monkey that comes to him at night with inspiration: “I have to switch my brain from linear, logical thinking to creative free feeling… Things have to flow from a place that is subconscious and uninhibited”. The artist advances this surrealist strategy by choosing to paint subjects loaded with cultural connotations. He seeks out inspiration from various sources: art history, antiques and collectibles, religious imagery, popular culture and childhood memories. This approach is realized in The Birth of Venus (1998), which depicts Colonel Sanders as a midwife to Abraham Lincoln, who is giving birth to baby Venus from his cheek. Making the scene even stranger is Jesus in the sky blessing the baby and a nurse presenting a slab of meat to Lincoln. The rich details that make up this surreal scene are cryptic and amusing, humorous and disturbing. Ryden opens his imagery to endless connotations and interpretations, and encourages the viewer to find new meanings in his paintings. Another element in Ryden’s work is the connection to pop and celebrity culture as evident in paintings like Leonardo DiCaprio (1998) and Christina (1998) - a portrait of Hollywood actress Christina Ricci.

In subsequent exhibitions, Ryden addressed new themes: the 2004 “Wondertoonel” explored the concept of a cabinet of curiosities, the 2007 “The Tree Show” dealt with the natural world through the motif of the tree and the 2009 “The Snow Yak Show” centered around snow and ice. At the same time, themes like meat, bunnies, bees and Abraham Lincoln seem to be of particular important in Ryden’s art, making frequent appearance in paintings like The Butcher Bunny (2000) and Grinder (2010). Sometimes, Ryden further enhances the ornate and dramatic qualities of his paintings by creating custom made frames: Grinder, a painting that references the idealism and sentimentalism of the 1890s is decorated accordingly with a 19th century style wooden frame. Recently, the artist was commissioned to create the set and design for the production Whipped Cream performed by the American Ballet Theatre.

Mark Ryden (born January 20, 1963) is an American painter, part of the Lowbrow (or Pop Surrealist) art movement. He was dubbed "the god-father of pop surrealism" by Interview Magazine. Artnet named Ryden and his wife, the painter Marion Peck, the King and Queen of Pop Surrealism and one of the ten most important art couples in Los Angeles. Ryden's aesthetic is developed from subtle amalgams of many sources, from Ingres, David and other French classicists to Little Golden Books. Ryden also draws his inspiration from anything that will evoke mystery: old toys, anatomical models, stuffed animals, skeletons and religious ephemera found in flea markets.

Ryden was born in Medford, Oregon on January 20, 1963, but was raised in Southern California. Ryden is the son of Barbara and Keith Ryden. His father made a living painting, restoring and customizing cars. He has two sisters and two brothers, one a fellow artist named Keyth Ryden, who works under the name KRK. Ryden graduated from the Art Center College of Design in Pasadena in 1987.

From 1988 to 1998 Ryden made his living as a commercial artist. During this period he created numerous album covers including Michael Jackson's Dangerous, the 4 Non Blondes' Bigger, Better, Faster, More!, the Red Hot Chili Peppers' One Hot Minute, Jack Off Jill's Clear Hearts Grey Flowers, the Screaming Trees' Uncle Anesthesia, and Aerosmith's Love in an Elevator. Also during this time, Ryden created book covers including Stephen King's novels Desperation and The Regulators. He made a living as a commercial artist until his work was taken up by Robert Williams, a former member of the Zap Comix collective, who in 1994 put it on the cover of Juxtapoz, a magazine devoted to "lowbrow art".

Ryden’s solo debut show entitled "The Meat Show" was in Pasadena, California in 1998. Meat is a reoccurring theme in his work. He observes the disconnect in our contemporary culture between meat we use for food and the living, breathing creature it comes from. “I suppose it is this contradiction that brings me to return to meat in my art.” According to Ryden, meat is the physical substance that makes all of us alive and through which we exist in this reality. All of us are wearing our bodies, which are like a garment of meat.

A midcareer retrospective, "Wondertoonel," which refers to a cabinet of curiosities or Wunderkammer ("wonder-room"), was co-organized in 2004 by the Frye Museum in Seattle and the Pasadena Museum of California Art. It was the best attended exhibition since the Frye Art Museum opened in 1952, and also broke attendance records in Pasadena. Debra Byrne, curator at the Frye at the time of Ryden’s exhibition, placed Ryden’s work in the camp of the carnivalesque—a strain of visual culture rooted in such works as Hieronymous Bosch’s Garden of Earthly Delights. According to the Russian author and literary critic Mikhail Bakhtin (1895–1975), there are three forms of carnivalesque art — the ritualized spectacle, the comic composition and various genres of billingsgate (foul language) — all three of which are interwoven in Ryden's work.