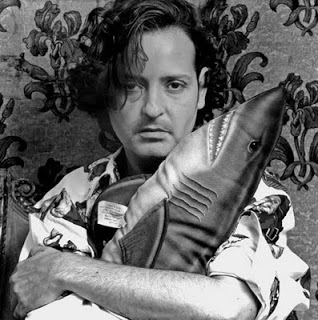 Galán was one of Latin America's neo-expressionist painters of the end of the last century and the beginning of this one.. His paintings and collages are full of elements that usually represent his life.

Galán started his career as a painter in the city of Monterrey, Mexico.

He was first brought to attention by Andy Warhol, who printed several of Galán's works in his magazine, Interview, shortly after Galán moved to New York City in 1984. After that Galán started to exhibit in New York, Mexico and Europe. In 1994 he won the "Premio Marco" from the Museo de Arte Contemporaneo de Monterrey; in the same year he exhibited at the Center for Fine Arts in Miami, Florida, the Museo de Arte Moderno in México City, and the Contemporary Art Museum of Houston, Texas.

He died on the plane that was taking him back to Monterrey in 2006, after suffering a brain hemorrhage.