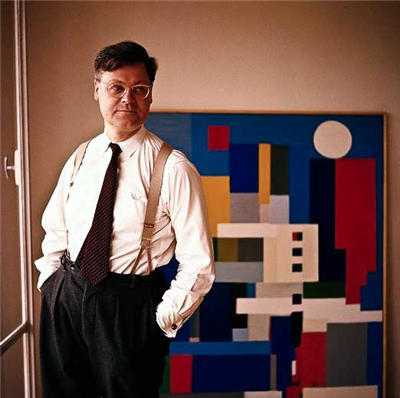 René Marcil was a painter and  fashion illustrator from Quebec, Canada. He spent most of his professional life in New York, Paris, London and the French Riviera.
Marcil played a central role in the successful post-war launch of Christian Dior’s New Look collection in the United States.


As a youngster, while recovering from major surgery, he collected and copied Holy Pictures, reproductions of Raphael and Piero Della Francesca. At 14, he was admitted to the École des Beaux-Arts de Montréal.


Marcil’s fashion drawings  are expressive and refined according to the curator of the Musée des Arts Décoratifs, Paris. He was the "perfect choice to reinterpret Dior's vision.‘’


In 1947, Marcil's illustrations of models wearing what became known as Dior's "New Look" outfits contributed to the collection's appeal to American women. The expression "New Look" is believed to have been coined by Carmel Snow editor-in-chief of the American edition of Harper's Bazaar .


Writer and curator Alexander Fury wrote that by 1956, the house of Dior was responsible for generating half the total French haute couture  exports to the USA, and by 1958, employed 1,500 people. Time magazine reported: ‘’ (Dior) is the Atlas, holding up the entire French fashion industry.‘’


Marcil moved to Paris in the mid 1950s and became part of the Académie de la Grande Chaumière and the lyrical abstraction movement, a movement parallel to American abstract expressionism.


He later evolved towards Neo-expressionism sometimes called the ‘’ New Fauves’’ to better meet the meaning of the term. The style is characterized by intense subjectivity and rough handling of materials. His talent as a colourist became evident along with his idealization of visual perception. During his Neo-expressionist period, Marcil was influenced by the naturalist literary movement.


" The subject, form and flamboyant colors in Marcil’s work represent an artistic language totally in tune with the new generation’s aspirations of his time. This language was meant as a challenge to his peers... In the hybrid repertoire so typical of Marcil, a common thread is his casual painting style inspired by daily life that it unmasks. " (free translation)


Since 2019, Marcil's artwork is in the permanent collections of Musée des Arts Décoratifs, Paris.