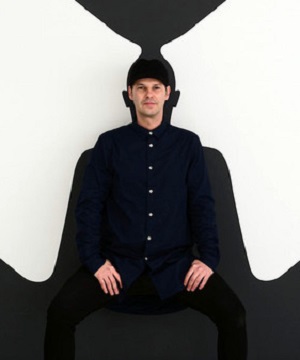 Noma Bar (born in 1973) is an Israel-born graphic designer, illustrator and artist. His work has appeared in many media publications including: Time Out London, BBC, Random House, The Observer, The Economist and Wallpaper*. Bar has illustrated over one hundred magazine covers, published over 550 illustrations and released three books of his work: Guess Who - The Many Faces of Noma Bar in 2008, Negative Space in 2009 and Bittersweet 2017, a 680 page 5 volume monograph produced in a Limited Edition of 1000 published by Thames & Hudson.

Bar's work has become well known throughout the world, winning many industry awards; more recently a prestigious Gold Clio for his animation & direction work for the New York Presbyterian Hospital, a campaign to highlight new frontiers in cancer treatments. He has also won a Yellow Pencil award at the D&AD Professional Awards and his London Design Festival exhibition 'Cut It Out', was selected as one of the highlights of the festival. The project was nominated in the graphics category for the Design Museum, Designs Of the Year.

Noma Bar (born 1973) is an Israeli graphic designer, illustrator and artist, based in London. Bar's work has been described as "deceptively simple", featuring flat colours, minimal detail and negative space to create images that often carry double meanings that are not immediately apparent. Bar himself outlines his approach as avoiding unnecessary detail or decoration that might detract from an image's message, instead aiming for 'maximum communication with minimal elements.'


Born in Israel and based in London since 2000, his illustrations appear internationally in newspapers, magazines, book covers and advertising campaigns. Publications that have featured his work include The New Yorker, The Guardian, The New York Times, Time Out London, GQ, The Economist, Wallpaper* and Esquire. Bar works on campaigns for companies such as Apple, Google, Sony, Nike, IBM and Coca-Cola, as well as for public institutions like the V&A, the BBC, NewYork–Presbyterian Hospital and BAFTA. He also designs book covers, including covers for book series by the authors Don DeLilo and Haruki Murakami, as well as releasing three books of his own work:Guess Who?: The Many Faces of Noma Bar (2008), Negative Space (2009), and Bittersweet (2017), a five-volume retrospective.


As well as appearing in print, Bar's work has also been featured in exhibitions, talks and festivals and, in recent years, has branched out to include prints, 3D sculpture, architecture and animation. He has been the recipient of a Gold Clio award, a D&AD Yellow Pencil, Cannes Lions Gold and Silver prizes, a Gold Epica Award and won 'Life-enhancer of the Year' at the Wallpaper* Design Awards.


Bar began drawing as a child, making caricatures of his teachers at school. His childhood neighbour made sculptures out of spare farm machinery; he later recalled how it showed him that 'you could take something and make it into something radically different, just by composition. That is the basis of all my work now.'


His first notable portrait in the style for which he would later become recognised was made as a teenager; whilst taking refuge in a bomb shelter during the 1990-91 Gulf War, he noticed a similarity in appearance between a radioactivity symbol in a newspaper he was reading and the face of the then President of Iraq, Saddam Hussein, and used this resemblance to create a minimalist portrait of the Iraqi leader.


Bar went on to study graphic design, calligraphy and Hebrew typography at the Jerusalem Academy of Art where he developed his simple, pared down style, taking inspiration from the art of Russian Constructivism, Soviet-era propaganda posters, Art Deco film posters and the designs of the Bauhaus, amongst others. He has also later cited the influence of several individual artists and designers on his work, including Milton Glaser, Paul Rand, Saul Bass, Gary Hume, and Constantin Brâncuși. Outside of fine art and design, Bar has talked about his love for the silent movies of Charlie Chaplin, saying Chaplin's ability to 'tell stories without words' is something he tries to emulate in his own work.


After graduating in 2000, Bar moved to London, settling in Highgate. Bar's work was published for the first time shortly after, a full page illustration of William Shakespeare, accompanying an article in Time Out London.