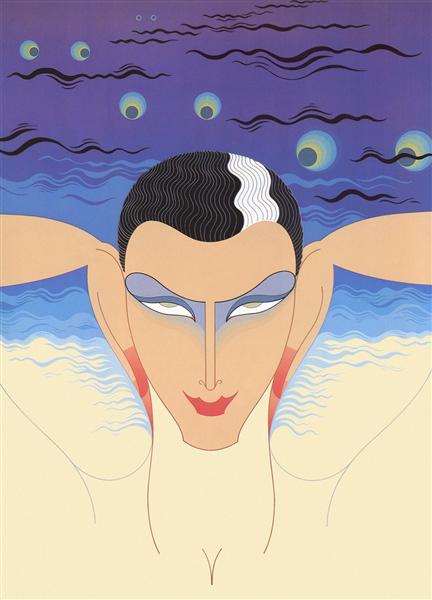 The Art Deco manifested across the spectrum of the visual arts: from architecture, painting, and sculpture to the graphic and decorative arts. While Art Deco practitioners were often paying homage to modernist influences such as Cubism, De Stijl, and Futurism, the references were indirect; it was as though they were taking the results of a few decades of distilling compositions to the most basic forms and inventing a new style that could be visually pleasing but not intellectually threatening.

Named after the International Exhibition of Modern Decorative and Industrial Arts held in Paris in 1925, Art Deco can be seen as a successor to and a reaction against Art Nouveau. Seen in furniture, pottery, textiles, jewelry, glass, etc. it was also a notable style of cinema and hotel architecture. Art Deco, similar to Art Nouveau, attempts to infuse functional objects with artistic touches.

Its chief difference from Art Nouveau is the influence of Cubism, which gives Art Deco design generally a more fragmented, geometric character. However, imagery based on plant forms and sinuous curves remained in some Art Deco design, for example, that of Clarice Cliff in Britain. Art Deco was highly varied in its influences, taking inspiration from ancient Egyptian art, Aztec, and other ancient Central American art, as well as from the design of modern ships, trains, and motor cars. It also drew on the modern architecture and design of the Bauhaus, and architects such as Le Corbusier and Mies van der Rohe.

With the advent of large-scale manufacturing, artists and designers wished to enhance the appearance of mass-produced functional objects - everything from clocks and ashtrays to cars and buildings. Art Deco's pursuit of beauty in all aspects of life was directly reflective of the relative newness and mass usage of machine-age technology rather than traditional crafting methods to produce many objects. The Bauhaus school was also interested in industrial production, but in a sense, The Bauhaus is the polar opposite as it refrained from artistic embellishments - preferring clean and simple geometric forms.