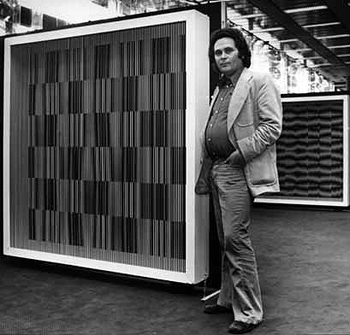 Ludwig Wilding (19 May 1927 – 4 January 2010) was a German artist whose work is associated with Op art and Kinetic art. Wilding was born in Grünstadt, Germany. He studied at the University of Mainz Art School.

Wilding's works are three-dimensional structures that create shifting patterns through their black and white designs. He has shown at the Museum Leverkusen (1953), Zimmergallery, Frankfurt (1958) and Studio F, Ulm (1965). His work was included in The Responsive Eye (Museum of Modern Art, New York, 1965), Eyes, Lies, and Illusions (Hayward Gallery, London, 2004) and Optic Nerve: Perceptual Art of the 1960s (The Columbus Museum of Art, Ohio, 2007). Ludwig Wilding lived in Westheim, Germany.