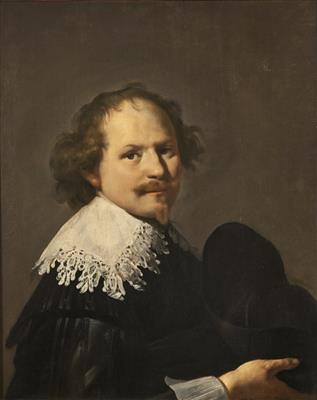 Portrait of a Man - Johannes Moreelse

Johannes Paulus Moreelse, or Johan Pauwelszon Moreelse (c. 1603 – October 1634), was a Dutch baroque painter belonging to the school of Utrecht Caravaggism during the Dutch Golden Age.


Moreelse was born in Utrecht, Holland. His father, Paulus Moreelse, was at that time a famous portrait painter. Little is known about his life. Johan Moreelse studied in Utrecht, in the studio of his father, and then in Rome (1627), where he was appointed into a papal knight order. Moreelse died in his home town during a plague epidemic. His small number of known works were only assigned to him in the 1970s.