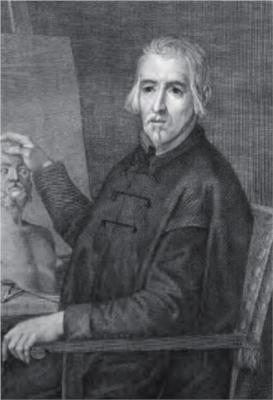 He learned architecture from his father, Miguel Cano; painting in the academy of Juan del Castillo, and from Francisco Pacheco the teacher of Velázquez; and sculpture from Juan Martínez Montañés. As a sculptor, his most famous works are the Madonna and Child in the church of Lebrija (also called Nebrija), and the colossal figures of San Pedro and San Pablo.

He was made first royal architect, painter to Philip IV, and instructor to the prince, Balthasar Charles, Prince of Asturias. The King gave him the church preferment of a canon of the Granada Cathedral (1652), in order to take up a position as chief architect of the cathedral, where his main achievement in architecture was the façade, designed at the end of his life and erected to his design after his death.

He was notorious for his ungovernable temper; and it is said that once he risked his life by committing the then capital offence of dashing to pieces the statue of a saint, when in a rage with the purchaser who begrudged the price he demanded. According to another story, he found his house robbed after coming home one evening, his wife murdered, and his Italian servant fled. Notwithstanding the presumption against the fugitive, the magistrates condemned Cano, because he was of a jealous temper. Upon this he fled to Valencia, but afterwards returned to Madrid, where he was put to the torture, which he endured without incriminating himself, and the king received him into favour.

After the death of his wife he took Holy Orders as a protection from farther prosecution, but still continued his professional pursuits. He died in 1667. In his last moments, when the priest held to him a crucifix, he told him to take it away; according to the Catholic Encyclopedia, this was because the priest gave the Sacrament to conversos. Probably this version is spurious as many others about his life and temperament.