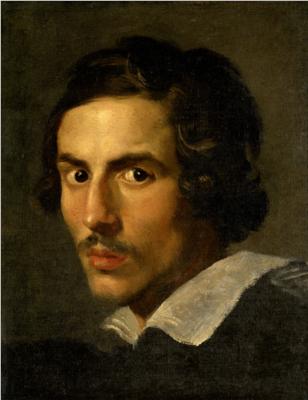 Gian Lorenzo Bernini (Italian pronunciation: [ˈdʒan loˈrɛntso berˈniːni]; also Gianlorenzo or Giovanni Lorenzo; 7 December 1598 – 28 November 1680) was an Italian sculptor and architect. While a major figure in the world of architecture, he was, also and even more prominently, the leading sculptor of his age, credited with creating the Baroque style of sculpture. As one scholar has commented, "What Shakespeare is to drama, Bernini may be to sculpture: the first pan-European sculptor whose name is instantaneously identifiable with a particular manner and vision, and whose influence was inordinately powerful...." In addition, he was a painter (mostly small canvases in oil) and a man of the theater: he wrote, directed and acted in plays (mostly Carnival satires), also designing stage sets and theatrical machinery, as well as a wide variety of decorative art objects including lamps, tables, mirrors, and even coaches. As architect and city planner, he designed both secular buildings and churches and chapels, as well as massive works combining both architecture and sculpture, especially elaborate public fountains and funerary monuments and a whole series of temporary structures (in stucco and wood) for funerals and festivals.

Bernini possessed the ability to depict dramatic narratives with characters showing intense psychological states, but also to organize large-scale sculptural works that convey a magnificent grandeur. His skill in manipulating marble ensured that he would be considered a worthy successor of Michelangelo, far outshining other sculptors of his generation, including his rivals, François Duquesnoy and Alessandro Algardi. His talent extended beyond the confines of sculpture to a consideration of the setting in which it would be situated; his ability to synthesize sculpture, painting, and architecture into a coherent conceptual and visual whole has been termed by the art historian Irving Lavin the "unity of the visual arts". In addition, a deeply religious man (at least later in life), working in Counter Reformation Rome, Bernini used light both as an important theatrical and metaphorical device in his religious settings, often using hidden light sources that could intensify the focus of religious worship or enhance the dramatic moment of a sculptural narrative.

Bernini was also a leading figure in the emergence of Roman Baroque architecture along with his contemporaries, the architect Francesco Borromini and the painter and architect Pietro da Cortona. Early in their careers they had all worked at the same time at the Palazzo Barberini, initially under Carlo Maderno and, following his death, under Bernini. Later on, however, they were in competition for commissions, and fierce rivalries developed, particularly between Bernini and Borromini. Despite the arguably greater architectural inventiveness of Borromini and Cortona, Bernini's artistic pre-eminence, particularly during the reigns of popes Urban VIII (1623–44) and Alexander VII (1655–65), meant he was able to secure the most important commissions in the Rome of his day, the various massive embellishment projects of the newly finished St. Peter's Basilica, completed under Pope Paul V with the addition of Maderno's nave and facade and finally re-consecrated by Pope Urban VIII on 18 November 1626, after 150 years of planning and building. Bernini's design of the Piazza San Pietro in front of the Basilica is one of his most innovative and successful architectural designs. Within the basilica he is also responsible for the Baldacchino, the decoration of the four piers under the cupola, the Cathedra Petri or Chair of St. Peter in the apse, the chapel of the Blessed Sacrament in the right nave, and the decoration (floor, walls and arches) of the new nave.