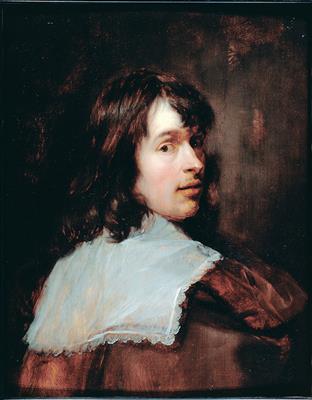 Cossiers’ earliest works were Caravaggesque genre works depicting low life scenes. Later in his career he painted mostly history and religious subjects as well as portraits. Cossiers was one of the leading painters in Antwerp after Rubens’ death in 1640 and one of the most original colorists in 17th-century Flanders.

Jan Cossiers was a versatile artist who worked in various genres such as portraits, genre and history paintings. There was a clear evolution in Cossiers’ career, which was not unlike that of some of his Antwerp contemporaries such as Simon de Vos and Theodoor Rombouts.

Cossiers started out as a painter of Caravaggesque genre scenes. He later became involved in the execution of religious and mythological compositions that were part of the large commissions of the Rubens workshop in the 1630s. After the death of Rubens he became one of the leading painters of altarpieces in Flanders.

Jan Cossiers (Antwerp, 15 July 1600 – Antwerp, 4 July 1671) was a Flemish painter and draughtsman. Cossiers’ earliest works were Caravaggesque genre works depicting low life scenes. Later in his career he painted mostly history and religious subjects as well as portraits. Cossiers was one of the leading painters in Antwerp after Rubens’ death in 1640 and one of the most original colorists in 17th-century Flanders.


Jan Cossiers was the son of Antoon, a watercolor painter, and Maria van Cleef. He was baptized in the Antwerp Cathedral on 15 July 1600. He received his first training from his father and then moved to the studio of the prominent portrait and history painter Cornelis de Vos.


He travelled to Aix-en-Provence in France in 1623, where he stayed with and studied under the Dutch painter Abraham de Vries. He visited Rome where he is recorded in October 1624. In Rome he likely saw work of Caravaggio, which had an important influence on his work. He was back in Aix-en-Provence in 1626. Here he met Nicolas-Claude Fabri de Peiresc, the famous humanist and close friend of Peter Paul Rubens. Peiresc recommended Cossiers to Rubens. He also met up with other Flemish and Dutch artists such as Simon de Vos and Johan Geerlof as is shown by the group portrait by Simon de Vos referred to as Gathering of Smokers and Drinkers. This portrait is believed to show the three artist friends enjoying a smoke and a drink together during their residence in Aix-en Provence.


Jan Cossiers returned to Antwerp in 1627. The following year he was admitted as a master in the Antwerp Guild of Saint Luke. It is possible that for a short while he was connected to Rubens’ workshop. Apparently Rubens had chosen Cossiers to accompany him to Madrid in 1628 but Cossiers’ parents had opposed the idea. In 1630 Cossiers married Joanna Darragon in the St. James' Church, Antwerp. He became the dean of the Guild of Saint Luke in 1640. On 26 July of that year he married for a second time to Maria van der Willigen. He was elected a number of times as a 'consultor' of the 'Sodaliteit der getrouwden', a fraternity for married men established by the Jesuit order.


In the 1630s Cossiers was able to obtain a number of large commissions thanks to the intervention of Rubens. He assisted Rubens in 1635 in the decorations for the joyous entry of the Cardinal-Infante Ferdinand. Rubens had the overall management of this project. He further assisted with Rubens’ commission for decorating the Torre de la Parada, a hunting lodge of Philip IV of Spain near Madrid. Cossiers painted mythological scenes after designs by Rubens. Other Antwerp artists such as the brothers Cornelis de Vos and Paul de Vos also worked on this large commission.


Cossiers enjoyed the patronage of the governors of the Southern Netherlands such as Cardinal-Infante Ferdinand and Archduke Leopold Wilhelm of Austria. After the death of Rubens in 1640 he was recognized as one of the leading history painters in Flanders and he received many commissions for Counter-Reformation altarpieces. He also was a portrait painter to the rich bourgeoisie.