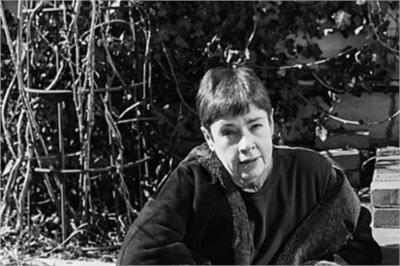 Jennifer Losch Bartlett (born March 14, 1941) is an American artist. She is known for paintings and prints that combine the system-based aesthetic of Conceptual art with the painterly approach of Neo-expressionism. Many of her pieces are executed on small, square, enamel-coated steel plates that are combined in grid formations to create very large works.

Bartlett was born Jennifer Losch in 1941 in Long Beach, California, one of four children. Her father owned a construction company and her mother was a fashion illustrator who left the field to raise her children. She grew up in the suburbs of Long Beach, close enough to the ocean that she developed an affinity for water which would reappear in her mature work. She attended Mills College in Oakland, California, graduating with a BA in 1963. She then moved to New Haven to study at the Yale School of Art and Architecture at a time when Minimalism was the dominant style. She studied with Josef Albers, Jack Tworkov, Jim Dine, and Richard Serra, receiving her MFA in 1965.

Bartlett has described the experience of study at Yale as her broadest influence: "I'd walked into my life". In a 2005 interview with the sculptor Elizabeth Murray (a friend from her Mills College days), she gave this list of things that she said had been on her mind as a first-year art student:

Among Bartlett’s early influences were the painter Arshile Gorky, whose drawing she admired, Piet Mondrian, for the sense of stillness in the work, and Sol LeWitt, for his conceptual systematics.

After marrying medical student Ed Bartlett in 1964, she commuted between the Soho district of New York and New Haven, where she taught at the University of Connecticut. Following her 1972 divorce, Bartlett moved to New York full-time and began teaching at the School of Visual Arts. In 1983 she married German actor Mathieu Carrière, with whom she had a daughter, Alice; they divorced in the early 1990s.

Bartlett is best known for her paintings and prints in which familiar subjects — ranging from houses and gardens to oceans and skies — are executed in a style that combines elements of both representational and abstract art; indeed, she has commented that she does not accept a distinction between figurative and abstract art. She often works in serial form or creates polyptychs, and she frequently devises rule systems that guide the variations within a given group of works, requiring us to focus on "perception, on process, on the effect of shifting perspective— and on the leaps that take place in our minds no matter how rational we may think we are". In the late 1960s, influenced by the work of John Cage, she started bringing chance elements into her work.