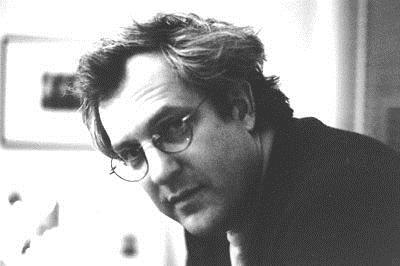 Donald K. Sultan (born 1951) is an American painter, sculptor, and printmaker, particularly well-known for large-scale still life paintings and the use of industrial materials such as tar, enamel, spackle and vinyl tiles. He has been exhibiting internationally in prominent museums and galleries, and his works are included in important museum collections all over the globe. Sultan is the recipient of numerous honors and awards for his artistic achievements.

Donald Sultan was born in Asheville, North Carolina in 1951. Both of his parents were interested in the arts. His father was a tire company owner who painted abstract paintings as a hobby, and his mother, Phyllis actively pursued theatre. It was through his mother that Sultan developed an early interest in theatre. "I was acting and then I learned how to make theatrical sets and paint them," he recalled, "I did apprenticeships in different professional theaters." With his father's encouragement, however, Sultan chose to pursue art professionally, and he earned a BFA degree from the University of North Carolina at Chapel Hill in 1973 and an MFA from the Art Institute of Chicago in 1975. While still in school, Sultan grew dissatisfied with traditional methods of painting and began experimenting in technique, surface, and media, which eventually led him to use industrial tools and materials.

After receiving an MFA degree from the Art Institute of Chicago, Donald Sultan moved to New York in 1975 to begin his career as an artist. At first he was supporting himself by helping other artists construct lofts during the day and painting at night. He soon got a full-time position as a handyman in an art gallery, a job that lasted until the gallery closed in 1978. In 1979, Sultan won a $2,500 Creative Artists Public Service Grant from the New York State Council on the Arts, and that money enabled him to work full-time on his art. "By then I had started to show at a couple of places and to sell enough work to keep going," he said.

Donald Sultan rose to prominence in the electrified atmosphere of New York's downtown renaissance in the late 1970s as part of the “New Image” movement. His first solo exhibition was mounted in 1977 at Artists Space in New York, followed by group shows at Mary Boone Gallery in 1978 and Whitney Biennial at the Whitney Museum of American Art in 1979. As Sultan's work started to attract media attention and receive critical acclaim, prominent galleries and museums around the world such as the Indianapolis Museum of Art and the New York Museum of Modern Art in 1981, and the Houston Museum of Contemporary Art also in 1981, began to include his paintings in their exhibitions. In 1987 alone, impressive solo exhibitions were mounted at the Chicago Museum of Contemporary Art, the Los Angeles Museum of Contemporary Art, the Modern Art Museum of Fort Worth, the Brooklyn Museum, and the Blum Helman Gallery in New York. Reviewing these exhibitions for the New York Times, art critic Roberta Smith wrote, "Mr. Sultan is nothing if not a master of physical density, of the well-built image and the well-carpentered painting. He seems particularly to love the way an implacable slab of material can be made to flip-flop into a classically perfect, illusionistic form..."