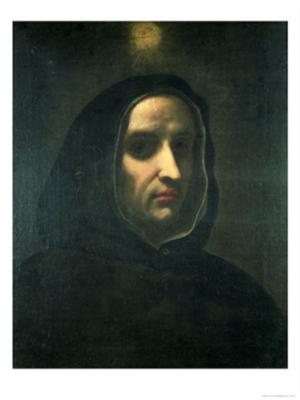 Fra Angelico (born Guido di Pietro; c. 1395 – February 18, 1455) was an Early Italian Renaissance painter described by Vasari in his Lives of the Artists as having "a rare and perfect talent".

In 1982, Pope John Paul II proclaimed his beatification in recognition of the holiness of his life, thereby making the title of "Blessed" official. Fiesole is sometimes misinterpreted as being part of his formal name, but it was merely the name of the town where he took his vows as a Dominican friar, and was used by contemporaries to separate him from others who were also known as Fra Giovanni. He is listed in the Roman Martyrology as Beatus Ioannes Faesulanus, cognomento Angelicus—"Blessed Giovanni of Fiesole, surnamed 'the Angelic' ".

Vasari wrote of Fra Angelico that "it is impossible to bestow too much praise on this holy father, who was so humble and modest in all that he did and said and whose pictures were painted with such facility and piety."

Fra Angelico was born Guido di Pietro at Rupecanina in the Tuscan area of Mugello near Fiesole towards the end of the 14th century. Nothing is known of his parents. He was baptized Guido or Guidolino. The earliest recorded document concerning Fra Angelico dates from October 17, 1417 when he joined a religious confraternity or guild at the Carmine Church, still under the name of Guido di Pietro. This record reveals that he was already a painter, a fact that is subsequently confirmed by two records of payment to Guido di Pietro in January and February 1418 for work done in the church of Santo Stefano del Ponte. The first record of Angelico as a friar dates from 1423, when he is first referred to as Fra Giovanni (Friar John), following the custom of those entering one of the older religious orders of taking a new name. He was a member of the local community at Fiesole, not far from Florence, of the Dominican Order; one of the medieval Orders belonging to a category known as mendicant Orders because they generally lived not from the income of estates but from begging or donations. Fra, a contraction of frater (Latin for 'brother'), is a conventional title for a mendicant friar.

According to Vasari, Fra Angelico initially received training as an illuminator, possibly working with his older brother Benedetto who was also a Dominican and an illuminator. The former Dominican convent of San Marco in Florence, now a state museum, holds several manuscripts that are thought to be entirely or partly by his hand. The painter Lorenzo Monaco may have contributed to his art training, and the influence of the Sienese school is discernible in his work. He had several important charges in the convents he lived in, but this did not limit his art, which very soon became famous. According to Vasari, the first paintings of this artist were an altarpiece and a painted screen for the Charterhouse (Carthusian monastery) of Florence; none such exist there now.