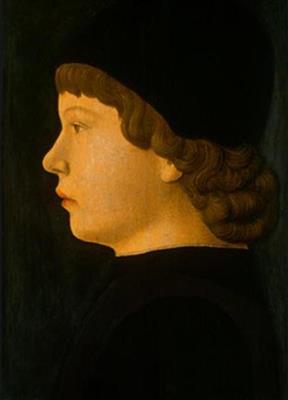 Jacopo Bellini was an earl y Italian Renaissance painter, who is sometimes referred to as the founder of the Renaissance style. Little is known about his childhood and adolescence, but what is know is that he was exposed as a youth to works of the great Gothic masters, including Brunelleschi, Donatello, and Masaccio. By 1424, when he was roughly around 24 years of age, he was already a well-known artist, beginning a workshop which he would run until his death, and by 1429, he had established himself as Venice’s most important painter.

Unfortunately, only around 20 of Bellini’s paintings remain, as many have been destroyed throughout history. Because few of his paintings survived, much emphasis is placed on his sketch books, which contain over 300 drawings, many of which are complete works of art in themselves. There are two remaining sketch books, one of which is housed in the Louvre, in France, and the other is housed in the British Museum in London. Both contain drawings that show an interest in landscape art and architectural design.

In his paintings, Bellini experimented with linear perspective, and he was one of the first painters to make human figures diminish in space the same way architectural figures do. One of Bellini’s most important legacies was his son, Giovanni Bellini, who also grew up into an important artist, who used oil for paints, making the oil painting popular.

Jacopo Bellini (c. 1400 – c. 1470) was one of the founders of the Renaissance style of painting in Venice and northern Italy. His sons Gentile and Giovanni Bellini, and his son-in-law Andrea Mantegna, were also famous painters.

Few of Bellini's paintings still exist, but his surviving sketch-books (one in the British Museum and one in the Louvre) show an interest in landscape and elaborate architectural design and are his most important legacy. His surviving works show how he accommodated linear perspective to the decorative patterns and rich colors of Venetian painting.

Born in Venice, Jacopo had probably been a pupil of Gentile da Fabriano, who was then in Venice. In 1411–1412 he was in Foligno, where with Gentile he worked at the Palazzo Trinci frescoes. In 1423 Bellini was in Florence, where he knew the new works by Brunelleschi, Donatello, Masolino da Panicale and Masaccio. In 1424 he opened a workshop in Venice, which he ran right up until his death, and which trained his sons and other artists.

Many of his greatest works, including the enormous Crucifixion in the cathedral of Verona (1436), have disappeared. From c. 1430 is the panel with Madonna and Child, in the Accademia Carrara, once attributed to Gentile da Fabriano. In 1441, at Ferrara, where he was at the service of Leonello d'Este together with Leon Battista Alberti, he executed a portrait of that Marquess, now lost. Of this period the Madonna dell'Umiltà, probably commissioned by one of the brothers of Leonello.

The influence from Masolino da Panicale towards more modern, early Renaissance themes is visible in the Madonna with Child (dated 1448) in the Pinacoteca di Brera: for the first time, perspective is present and the figure are more monumental. Later he contributed with works now lost to the Venetian churches of San Giovanni Evangelista (1452) and St. Mark (1466). From 1459 is a Madonna with Blessing Child in the Gallerie dell'Accademia.

Later he sojourned in Padua, where he trained a young Andrea Mantegna in perspective and classicist themes and where, in 1460, he finished a portrait of Erasmo Gattamelata, now lost. Of his late phase, a ruined Crucifix in the Museum of Verona and an Annunciation in the church of Sant'Alessandro of Brescia remain.