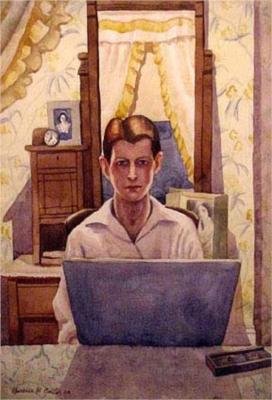 Carter studied at the Cleveland School of Art from 1923 to 1927, and earned key patronage from William Millikin, the director of the Cleveland Museum of Art. Millikin arranged for Carter study in Italy with Hans Hofmann in Capri, Italy, for the summer of 1927.

Throughout the 1930s and 40s he was known for his paintings of rural America and the burden brought on by the Great Depression. By the end of World War II he had adopted a more surrealist approach to painting. In 1949, he was elected into the National Academy of Design as an Associate member, and became a full member in 1964.