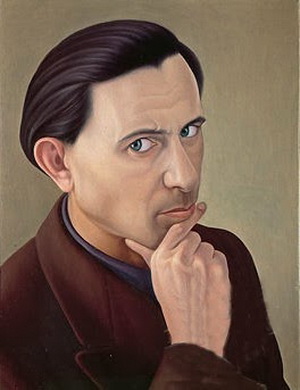 He was born in Desenzano del Garda. His artistic training was at the Academy of Fine Art in Venice, where he studied under Ettore Tito. Cagnaccio's early paintings were in a Futurist idiom, but by the early 1920s he had adopted a very smoothly brushed, nearly photographic style. His work, which includes portraits, nudes, still lifes, scenes of popular life, and religious pictures, shows the influence of the German painters of the New Objectivity.