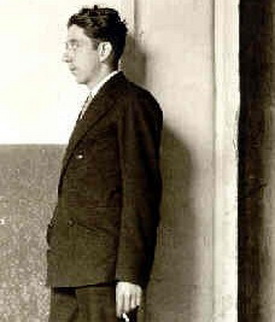 Orozco Romero was born in Guadalajara to a tailor named Jesús Orozco, who was not very literate in the arts but nonetheless allowed his son to pursue the craft. He hired a painter named Luis de la Torre, an eccentric who traveled Mexico to paint, taking his guitar and bottle of tequila along with his art supplies. The father thought that De la Torre, who focused on experience rather than theory, would be a better teacher to his son than a formal academy. Orozco Romero spent significant amounts of time reinterpreting still lifes and painting in the surrounding countryside. He also studied for a while with a painter named José Vizcarra.

At age thirteen, Orozco Romero left home and supported himself by drawing cartoons. He became a member of the Centro Bohemio, an organization of artists, intellectuals and militants founded by José Guadalupe Zuno, through which he met David Alfaro Siqueiros, Xavier Guerrero, and Carlos Stahl . At age sixteen, he left Guadalajara for Mexico City because of that city’s role in the Mexican muralism movement.

In Mexico City, he met and married María Marín, who remained his wife until his death. Orozco Romero met Marín through José Guadalupe Zuno, who was courting María’s older sister Lupe. The match was not approved by the girl’s family, so Orozco Romero acted as a go-between, which allowed him to meet María. The couple married in 1920, with eight pesos loaned by an aunt. They initially lived in one of the rooms of the Museo Regional de Guadalajara, lent to them by Ixca Farías.

Shortly after his marriage, the artist received a scholarship from the state of Jalisco to study in Europe. He traveled in Belgium and France and lived for a time in Madrid, where he met painter Rafael Alberto and Mexican writers Luis Gonzaga Urbina and Alfonso Reyes . He did not stay long in Europe, however, as his wife was pregnant and he was homesick for Mexico. He returned to live in Guadalajara in 1923, and he and María both studied engraving with Peruvian artist José Sabogal. Years later, their daughter Gabriela found one of her mother’s plates among the anonymous items of the Metropolitan Museum of Art in New York.

Orozco Romero died at age 87 from pneumonia and malnutrition. He left behind his wife María and his daughters Gabriela and Arcelia.

Orozco Romero began his artistic career by creating cartoons for publications, first for Guadalajara newspapers, then in Mexico City. In Mexico City his work was published at the national level in magazines and newspapers such as La Sátira, El Heraldo de México, The Nation, Excélsior, and El Universal. He replaced José Clemente Orozco as official cartoonist for El Heraldo when the former departed for Veracruz to support the revolutionary movement. In the 1920s and 1930s Orozco Romero's work also appeared in books such as Los Pequeños, Galería de Pintores Mexicanos Modernos, and El Arte en México. He did some mural work upon his return from his first visit to Europe in the 1920s, including a commission to paint the Jalisco State Museum and Library in Guadalajara with Amado de la Cueva. These were destroyed when the building was modified. One that survived was Hombre aprisionando la tierra (1926) at the Direccion General de Caminos in Guadalajara.