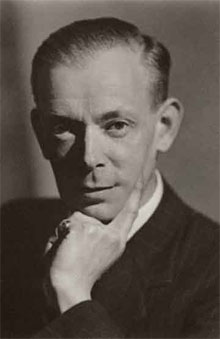 James Williamson Galloway Macdonald (31 May 1897 – 3 December 1960), commonly known in his professional life as "Jock" Macdonald, was a member of Painters Eleven (Painters 11, or P11), whose goal was to promote abstract art in Canada.

Macdonald was born in May 1897 in Thurso, Scotland. Before coming to Canada, Macdonald attended the Edinburgh College of Art and worked as a designer for a Scottish textile company.

After being recruited by Charles Hepburn Scott, Macdonald moved to Canada in 1926 to become a professor at the Vancouver School of Decorative and Applied Arts. He became well-known and respected as a teacher at art colleges in Edinburgh, Vancouver and Toronto. Macdonald was initially inspired by the Group of Seven's work but began painting abstracts in 1934. Macdonald's training as a designer and his interest in children's paintings encouraged his experimentation with abstract art.

Macdonald loved to play with colour. Abstraction allowed Macdonald the freedom to create pictures that had no apparent subject matter. He could blend and layer colours on his canvas without worrying whether some people would have difficulty understanding his subject. He continued to paint abstract for quite sometime, later adding Surrealist elements into his work.

Macdonald was an influential professor at several art colleges in Canada and helped spur the modern art movement in the country. He was made a member of the Royal Canadian Academy of Arts.