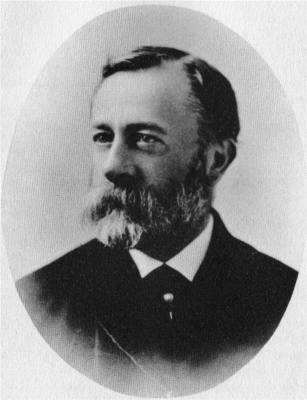 Albert Bierstadt (January 7, 1830 – February 18, 1902) was an American painter best known for his lavish, sweeping landscapes of the American West. To paint the scenes, Bierstadt joined several journeys of the Westward Expansion. Though not the first artist to record these sites, Bierstadt was the foremost painter of these scenes for the remainder of the 19th century.

Born in Germany, Bierstadt was brought to the United States at the age of one by his parents. He later returned to study painting for several years in Düsseldorf. He became part of the Hudson River School in New York, an informal group of like-minded painters who started painting along the Hudson River. Their style was based on carefully detailed paintings with romantic, almost glowing lighting, sometimes called luminism. An important interpreter of the western landscape, Bierstadt, along with Thomas Moran, is also grouped with the Rocky Mountain School.

Bierstadt was born in Solingen, Prussia, the son of Christina M. (Tillmans) and Henry Bierstadt, a cooper. The following year, in 1831, his family moved to New Bedford, Massachusetts. At an early age Bierstadt developed a taste for art and made clever crayon sketches in his youth. In 1851, he began to paint in oils.

He returned to Germany in 1853 and studied painting for several years in Düsseldorf with members of its informal school of painting. After returning to New Bedford in 1857, he taught drawing and painting briefly, before devoting himself full-time to painting.

In 1858 he exhibited a large painting of a Swiss landscape at the National Academy of Design, which gained him positive critical reception and honorary membership in the Academy. Bierstadt began painting scenes in New England and upstate New York, including in the Hudson River valley. A group of artists known as the Hudson River School portrayed its majestic landscapes and craggy areas, as well as the light affected by the changing waters.

In 1859, Bierstadt traveled westward in the company of Frederick W. Lander, a land surveyor for the U.S. government, to see those landscapes. He returned to a studio he had taken at the Tenth Street Studio Building in New York with sketches that resulted in numerous finished paintings. In 1863 he traveled west again, this time in the company of the author Fitz Hugh Ludlow, whose wife he later married. Throughout the 1860s, Bierstadt used studies from this trip as the source for large-scale paintings for exhibition. He continued to visit the American West throughout his career.

During the American Civil War, Bierstadt paid for a substitute to serve in his place when he was drafted in 1863. He completed one Civil War painting Guerrilla Warfare, Civil War in 1862, based on his brief experiences with soldiers stationed at Camp Cameron in 1861. Bierstadt's painting was based on a stereoscopic photograph taken by his brother Edward Bierstadt, who operated a photography studio at Langley's Tavern in Virginia. Bierstadt's painting received a positive review when it was exhibited at the Brooklyn Art Association at the Brooklyn Academy of Music in December 1861. Curator Eleanor Jones Harvey observes that Bierstadt's painting, created from photographs, "is quintessentially that of a voyeur, privy to the stories and unblemished by the violence and brutality of first-hand combat experience."