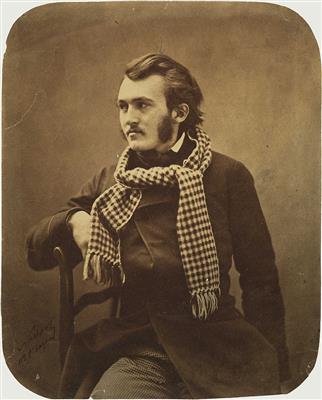 Gustave Dore was a prolific engraver, artist, illustrator, and sculptor, working primarily as a wood and steel engraver. He produced over 100,000 sketches in his lifetime, and lived to be 50 years old, averaging 6 sketches per day for each day he lived. By the time he died he had also earned over $2 million, living a life of affluence. Even though he was an untrained, self-taught artist, who never used a live model, and who could not sketch from nature, his work is considered some of the most important in the entire engraving art world.

As a child, young Dore was an avid artist, and earned his way as an illustrator in a Paris bookshop, publishing his first drawings when he was 15 years old. His young age and great talent drew much attention, which led to newspaper and journal articles written about the “child illustrator,” and generated further interest in the artist. As an illustrator, Dore created engravings for the books of Balzac, Rabelais, Milton, Dante, Edgar Allen Poe, and Lord Byron. He was commissioned to illustrate a version of the English Bible, which was extremely popular, allowing for the foundation of his own gallery, the Dore Gallery. For his work on Dante’s Inferno, he was decorated with the Cross of the Legion of Honor.

Although he lived a wealthy life of affluence, received many commissions, and continued to reap the rewards of commercial success, by the end of his life Dore’s illustrations had begun to receive negative reviews. He rarely completed any works with colors, leading to the speculation that he was color blind, and his negative portrayal of subject matter made his works difficult to display. After the death of his mother, who had been is roommate and life time companion, he lost the will to live and died at the age of fifty.

Doré was born in Strasbourg on 6 January 1832. By age five, he was a prodigy troublemaker, playing pranks that were mature beyond his years. Seven years later, he began carving in cement. At the age of fifteen Doré began his career working as a caricaturist for the French paper Le Journal pour rire,. In the late 1840s and early 1850s he made several text comics, like Les Travaux d'Hercule (1847), Trois artistes incompris et mécontents (1851), Les Dés-agréments d'un voyage d'agrément (1851) and L'Histoire de la Sainte Russie (1854). Doré subsequently went on to win commissions to depict scenes from books by Cervantes, Rabelais, Balzac, Milton and Dante.

In 1853, Doré was asked to illustrate the works of Lord Byron. This commission was followed by additional work for British publishers, including a new illustrated Bible. In 1856 he produced twelve folio-size illustrations of The Legend of The Wandering Jew, which propagated long standing anti-semitic views of the time, for a short poem which Pierre-Jean de Béranger had derived from a novel of Eugène Sue of 1845.

In the 1860s he illustrated a French edition of Cervantes's Don Quixote, and his depictions of the knight and his squire, Sancho Panza, have become so famous that they have influenced subsequent readers, artists, and stage and film directors' ideas of the physical "look" of the two characters. Doré also illustrated an oversized edition of Edgar Allan Poe's "The Raven", an endeavor that earned him 30,000 francs from publisher Harper & Brothers in 1883.

Doré's illustrations for the Bible (1866) were a great success, and in 1867 Doré had a major exhibition of his work in London. This exhibition led to the foundation of the Doré Gallery in Bond Street, London. In 1869, Blanchard Jerrold, the son of Douglas William Jerrold, suggested that they work together to produce a comprehensive portrait of London. Jerrold had obtained the idea from The Microcosm of London produced by Rudolph Ackermann, William Pyne, and Thomas Rowlandson (published in three volumes between 1808 and 1810). Doré signed a five-year contract with the publishers Grant & Co that involved his staying in London for three months a year, and he received the vast sum of £10,000 a year for the project. Doré was mainly celebrated for his paintings in his day. His paintings remain world-renowned, but his woodcuts and engravings, like those he did for Jerrold, are where he really excelled as an artist with an individual vision.

The completed book, London: A Pilgrimage, with 180 engravings, was published in 1872. It enjoyed commercial and popular success, but the work was disliked by many contemporary critics. Some of these critics were concerned with the fact that Doré appeared to focus on the poverty that existed in parts of London. Doré was accused by The Art Journal of "inventing rather than copying." The Westminster Review claimed that "Doré gives us sketches in which the commonest, the vulgarest external features are set down." The book was a financial success, however, and Doré received commissions from other British publishers.