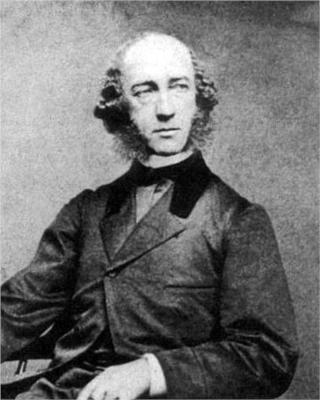 Martin Johnson Heade (August 11, 1819 – September 4, 1904) was an American painter known for his salt marsh landscapes, seascapes, and depictions of tropical birds (such as hummingbirds), as well as lotus blossoms and other still lifes. His painting style and subject matter, while derived from the romanticism of the time, are regarded by art historians as a significant departure from those of his peers.

Heade was born in Lumberville, Pennsylvania, the son of a storekeeper. He studied with Edward Hicks, and possibly with Thomas Hicks. His earliest works were produced during the 1840s and were chiefly portraits. He travelled to Europe several times as a young man, became an itinerant artist on American shores, and exhibited in Philadelphia in 1841 and New York in 1843. Friendships with artists of the Hudson River School led to an interest in landscape art. In 1863, he planned to publish a volume of Brazilian hummingbirds and tropical flowers, but the project was eventually abandoned. He travelled to the tropics several times thereafter, and continued to paint birds and flowers. Heade married in 1883 and moved to St. Augustine, Florida. His chief works from this period were Floridian landscapes and flowers, particularly magnolias laid upon velvet cloth. He died in 1904. His best known works are depictions of light and shadow upon the salt marshes of New England.

Heade was not a widely known artist during his lifetime, but his work attracted the notice of scholars, art historians, and collectors during the 1940s. He quickly became recognized as a major American artist. Although often considered a Hudson River School artist, some critics and scholars take exception to this categorization. Heade's works are now in major museums and collections. His paintings are occasionally discovered in unlikely places such as garage sales and flea markets.

Heade was born (in 1819) and raised in Lumberville, Pennsylvania, a small hamlet along the Delaware River in Bucks County, Pennsylvania. Until the mid-1850s, his family ran what is now called the Lumberville Store and Post Office, the village's sole general store. The family spelling of the name was Heed.

Heade received his first art training from the folk artist Edward Hicks, who lived in nearby Newton, and possibly also from Edward's cousin, Thomas Hicks. Heade was painting by 1839; his earliest known work is a portrait from that year. He traveled abroad and lived in Rome for two years. He first exhibited his work in 1841, at the Pennsylvania Academy of the Fine Arts in Philadelphia, and again in 1843 at the National Academy of Design in New York. Heade began exhibiting regularly in 1848, after another trip to Europe, and became an itinerant artist until he settled in New York in 1859.

Around 1857 Heade became interested in landscape painting, partly by meeting the established artists John Frederick Kensett and Benjamin Champney in the White Mountains of New Hampshire. Heade moved to New York City and took a studio in the Tenth Street Studio Building, which housed many of the famous Hudson River School artists of the time, such as Albert Bierstadt, Sanford Gifford, and Frederic Edwin Church. He became socially and professionally acquainted with them, and struck up a particularly close friendship with Church. Landscapes would ultimately form a third of Heade's total oeuvre.