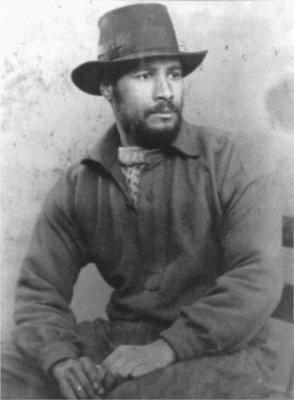 William Henry Johnson (March 18, 1901 – April 13, 1970) was an African-American painter. Born in Florence, South Carolina, he became a student at the National Academy of Design in New York City, working with Charles Webster Hawthorne. He later lived and worked in France, where he was exposed to modernism. After Johnson married Danish textile artist Holcha Krake, the couple lived for some time in Scandinavia. There he was influenced by the strong folk art tradition. The couple moved to the United States in 1938. Johnson eventually found work as a teacher at the Harlem Community Art Center, through the Federal Art Project.

Johnson's style evolved from realism to expressionism to a powerful folk style, for which he is best known. A substantial collection of his paintings, watercolors, and prints is held by the Smithsonian American Art Museum, which has organized and circulated major exhibitions of his works.

William Henry Johnson was born March 18, 1901, in Florence, South Carolina, to Henry Johnson and Alice Smoot. He attended the first public school in Florence, the all-black Wilson School on Athens Street. It is likely that Johnson was introduced to sketching by one of his teachers, Louise Fordham Holmes, who sometimes included art in her curriculum. Johnson practiced drawing by copying the comic strips in the newspapers, and considered a career as a newspaper cartoonist.

He moved from Florence, South Carolina, to New York City at the age of 17. Working a variety of jobs, he saved enough money to pay for classes at the prestigious National Academy of Design. He took a preparatory class with Charles Louis Hinton, then studied with Charles Courtney Curran and George Willoughby Maynard, all of whom emphasized classical portraiture and figure drawing. Beginning in 1923, Johnson worked with the painter Charles Webster Hawthorne, who emphasized the importance of color in painting. John studied with Hawthorne at the Cape Cod School of Art in Provincetown, Massachusetts during the summers, paying for his tuition, food and lodging by working as a general handyman at the school. Johnson received a number of awards at the National Academy of Design, and applied for a coveted Pulitzer Travel Scholarship in his final year. When another student was given the award, Hawthorne raised nearly $1000 to enable Johnson to go abroad to study.

Johnson arrived in Paris, France in the fall of 1927. He spent a year in Paris, and had his first solo exhibition at the Students and Artists Club in November 1927. Next he moved to Cagnes-sur-Mer in the south of France, influenced by the work of expressionist painter Chaim Soutine. In France, Johnson learned about modernism.

During this time, Johnson met the Danish textile artist Holcha Krake (April 6, 1885 – January 13, 1944). Holcha was traveling with her sister Erna, who was also a painter, and Erna's husband, the expressionist sculptor Christoph Voll. Johnson was invited to join them on a tour of Corsica. Johnson and Holcha were deeply attracted in spite of differences in race, culture, and age.