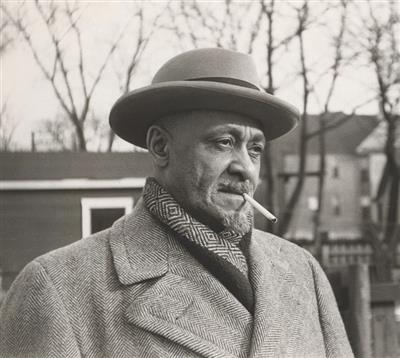 Archibald John Motley, Jr. (October 7, 1891 – January 16, 1981), was an American visual artist. He studied painting at the School of the Art Institute of Chicago during the 1910s, graduating in 1918. He is most famous for his colorful chronicling of the African-American experience during the 1920s and 1930s, and is considered one of the major contributors to the Harlem Renaissance, or the New Negro Movement, a time in which African-American art reached new heights not just in New York but across America—its local expression is referred to as the Chicago Black Renaissance.


The Renaissance marked a period of a flourishing and renewed black psyche. There was a newfound appreciation of black artistic and aesthetic culture. Consequently, many black artists felt a moral obligation to create works that would perpetuate a positive representation of black people. During this time, Alain Locke coined the idea of the "New Negro", which was focused on creating progressive and uplifting images of blacks within society. The synthesis of black representation and visual culture drove the basis of Motley's work as "a means of affirming racial respect and race pride." His use of color and notable fixation on skin-tone, demonstrated his artistic portrayal of blackness as being multidimensional. Motley himself was of mixed race, and often felt unsettled about his own racial identity. Thus, his art often demonstrated the complexities and multifaceted nature of black culture and life.


Unlike many other Harlem Renaissance artists, Archibald Motley, Jr., never lived in Harlem. He was born in New Orleans, Louisiana to Mary Huff Motley and Archibald John Motley Senior. His mother was a school teacher until she married. The family remained in New Orleans until 1894 when they moved to Chicago, where his father took a job as a Pullman car porter.
As a boy growing up on Chicago's south side, Motley had many jobs, and when he was nine years old his father's hospitalization for six months required that Motley help support the family.


Motley spent the majority of his life in Chicago, where he was a contemporary of fellow Chicago artists Eldzier Cortor and Gus Nall. He lived in a predominantly white neighborhood, and attended majority white primary and secondary schools. He graduated from Englewood High School in Chicago. He was offered a scholarship to study architecture by one of his father's friends, which he turned down in order to study art. He attended the Art Institute of Chicago, where he received classical training, but his modernist-realist works were out of step with the school's then-conservative bent. During his time at the Art Institute, Motley was mentored by painters Earl Beuhr and John W. Norton, and he did well enough to cause his father's friend to pay his tuition. While he was a student, in 1913, other students at the Institute "rioted" against the modernism on display at the Armory Show (a collection of the best new modern art). Motley graduated in 1918 but kept his modern, jazz-influenced paintings secret for some years thereafter.