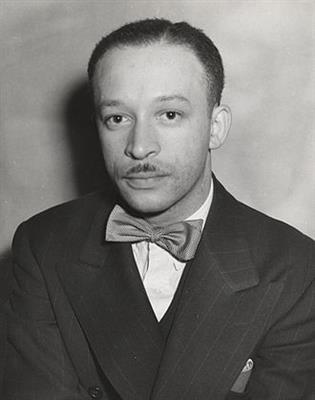 Charles Henry Alston (November 28, 1907 – April 27, 1977) was an American painter, sculptor, illustrator, muralist and teacher who lived and worked in the New York City neighborhood of Harlem. Alston was active in the Harlem Renaissance; Alston was the first African-American supervisor for the Works Progress Administration's Federal Art Project. Alston designed and painted murals at the Harlem Hospital and the Golden State Mutual Life Insurance Building. In 1990 Alston's bust of Martin Luther King Jr. became the first image of an African American displayed at the White House.


Charles Henry Alston was born on November 28, 1907, in Charlotte, North Carolina, to Reverend Primus Priss Alston and Anna Elizabeth (Miller) Alston, as the youngest of five children. Three survived past infancy: Charles, his older sister Rousmaniere and his older brother Wendell. His father had been born into slavery in 1851 in Pittsboro, North Carolina. After the Civil War, he gained an education and graduated from St. Augustine's College in Charlotte. He became a prominent minister and founder of St. Michael's Episcopal Church, with an African-American congregation. The senior Alston was described as a "race man": an African American who dedicated his skills to the furtherance of the black race. Reverend Alston met his wife when she was a student at his school. Charles was nicknamed "Spinky" by his father, and kept the nickname as an adult. In 1910, when Charles was three, his father died suddenly of a cerebral hemorrhage. Locals described his father as the "Booker T. Washington of Charlotte".


In 1913 Anna Alston remarried, to Harry Bearden, brother of Romare Bearden's father. Through the marriage, Charles and Romare became cousins. The two Bearden families lived across the street from each other; the friendship between Romare and Charles would last a lifetime. As a child Alston was inspired by his older brother Wendell's drawings of trains and cars, which the young artist copied. Charles also played with clay, creating a sculpture of North Carolina. As an adult he reflected on his memories of sculpting with clay as a child: "I’d get buckets of it and put it through strainers and make things out of it. I think that's the first art experience I remember, making things." His mother was a skilled embroiderer and took up painting at the age of 75. His father was also good at drawing, having wooed Alston's mother Anna with small sketches in the medians of letters he wrote her.


In 1915 the Bearden/Alston family moved to New York, as many African-American families did during the Great Migration. Alston's step-father, Henry Bearden, left before his wife and children in order to get work. He secured a job overseeing elevator operations and the newsstand staff at the Bretton Hotel in the Upper West Side. The family lived in Harlem and was considered middle-class. During the Great Depression, the people of Harlem suffered economically. The "stoic strength" seen within the community was later expressed in Charles’ fine art. At Public School 179 in Manhattan, the boy's artistic abilities were recognized and he was asked to draw all of the school posters during his years there.