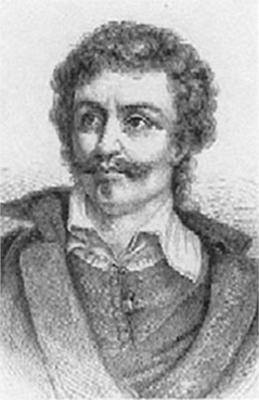 Prolific and versatile, Ruisdael depicted a wide variety of landscape subjects. From 1646 he painted Dutch countryside scenes of remarkable quality for a young man. After a trip to Germany in 1650, his landscapes took on a more heroic character. In his late work, conducted when he lived and worked in Amsterdam, he added city panoramas and seascapes to his regular repertoire. In these, the sky often took up two-thirds of the canvas. In total he produced more than 150 Scandinavian views featuring waterfalls.

Ruisdael's only registered pupil was Meindert Hobbema, one of several artists who painted figures in his landscapes. Hobbema's work has at times been confused with Ruisdael's. There is difficulty in attributing Ruisdael's work, which has not been helped by the fact that three members of his family were also landscape painters, some of whom spelled their name "Ruysdael": his father Isaack van Ruisdael, his well-known uncle Salomon van Ruysdael, and his cousin, confusingly called Jacob van Ruysdael.

Ruisdael's work was in demand in the Dutch Republic during his lifetime. Today it is spread across private and institutional collections around the world; the National Gallery in London, the Rijksmuseum in Amsterdam, and the Hermitage Museum in St. Petersburg hold the largest collections. Ruisdael shaped landscape painting traditions worldwide, from the English Romantics to the Barbizon school in France, and the Hudson River School in the US, and influenced generations of Dutch landscape artists.

Jacob Isaackszoon van Ruisdael was born in Haarlem in 1628 or 1629 into a family of painters, all landscapists. The number of painters in the family, and the multiple spellings of the Ruisdael name, have hampered attempts to document his life and attribute his works.

The name Ruisdael is connected to a castle, now lost, in the village of Blaricum. The village was the home of Jacob's grandfather, the furniture maker Jacob de Goyer. When De Goyer moved away to Naarden, three of his sons changed their name to Ruysdael or Ruisdael, probably to indicate their origin. Two of De Goyer's sons became painters: Jacob's father Isaack van Ruisdael and his well-known uncle Salomon van Ruysdael. Jacob himself always spelled his name with an "i", while his cousin, Salomon's son Jacob Salomonszoon van Ruysdael, also a landscape artist, spelled his name with a "y". Jacob's earliest biographer, Arnold Houbraken, called him Jakob Ruisdaal.

It is not known whether Ruisdael's mother was Isaack van Ruisdael's first wife, whose name is unknown, or his second wife, Maycken Cornelisdochter. Isaack and Maycken married on 12 November 1628.

Ruisdael's teacher is also unknown. It is often assumed Ruisdael studied with his father and uncle, but there is no archival evidence for this. He appears to have been strongly influenced by other contemporary local Haarlem landscapists, most notably Cornelis Vroom and Allaert van Everdingen.